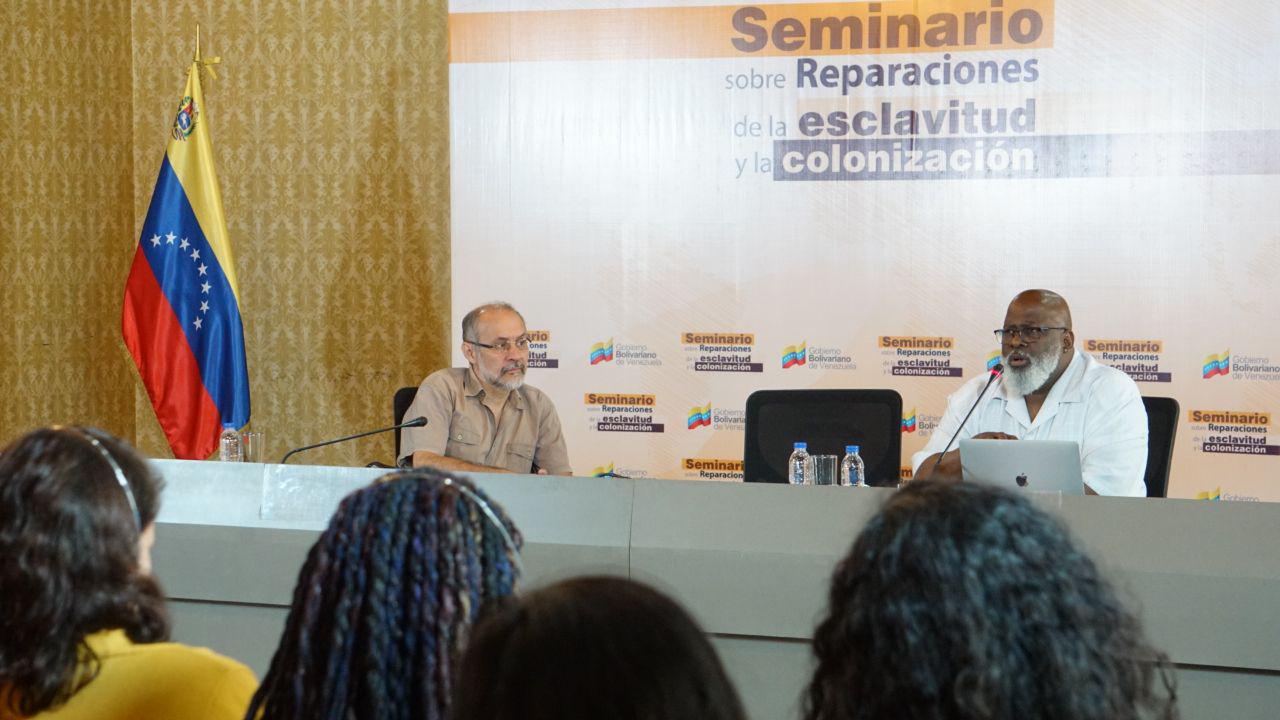 This Wednesday, the cycle of the methodological theoretical seminar on reparations for the damages caused by slavery and colonization carried out from July 1 to 3 in Caracas concluded.

From the Sucre Room of the Casa Amarilla, the professor of the Department of Afro-American Studies of the State University of Georgia, Akinyele Umoja, made a series of proposals for reparations to Afro-Americans in the United States.

Umoja said that the United States does not participate in the reparations for a matter of convenience, since Israel, its strategic partner, could be judged for the damages and suffering that Zionism has caused in the Gaza Strip.

“The United States does not participate in the reparations, but it is also true that President Clinton, at the time, gave a public apology to the Hawaiian people, because today Hawaii is a State, but when it was a US colony, its people were persecuted and social leaders murdered”, he said.

As an university professor, Akinyele Umoja feels particularly that the cost of education in the United States is a problem, because people end up borrowing from banks to get their children to go to college.

For his part, Umoja noted that some proposals for reparations revolve around study opportunities for young people. “Most of the Afro-American professionals were trained in these universities, those institutions emerged after the abolition of slavery”.

He also pointed out that there is still a social gap in the distribution of wealth between blacks and whites, and for this reason some are worried about taking preventive measures so that apartheid and other grievances do not recur against the Afro-American community, “but in the streets the police continues to kill our young people”, he explained.

“During the movement to eliminate apartheid, international support was essential, and I think it will be equally fundamental for the search of reparations, and whenever I have the opportunity, I mention that President Nicolás Maduro has been the first president in Latin America to support reparations. It is good that people in the United States know it, because we must be reciprocal among ourselves”, he said.

Finally, Umoja closed the workshop reflecting on the actions that can be undertaken for internal reparations. “Instead of waiting for the Public School System to teach children our history from the perspective of the oppressed, we should be the ones who organize ourselves to talk to children about our roots. We need to train our children to be better educators and can replicate our history”, he said. 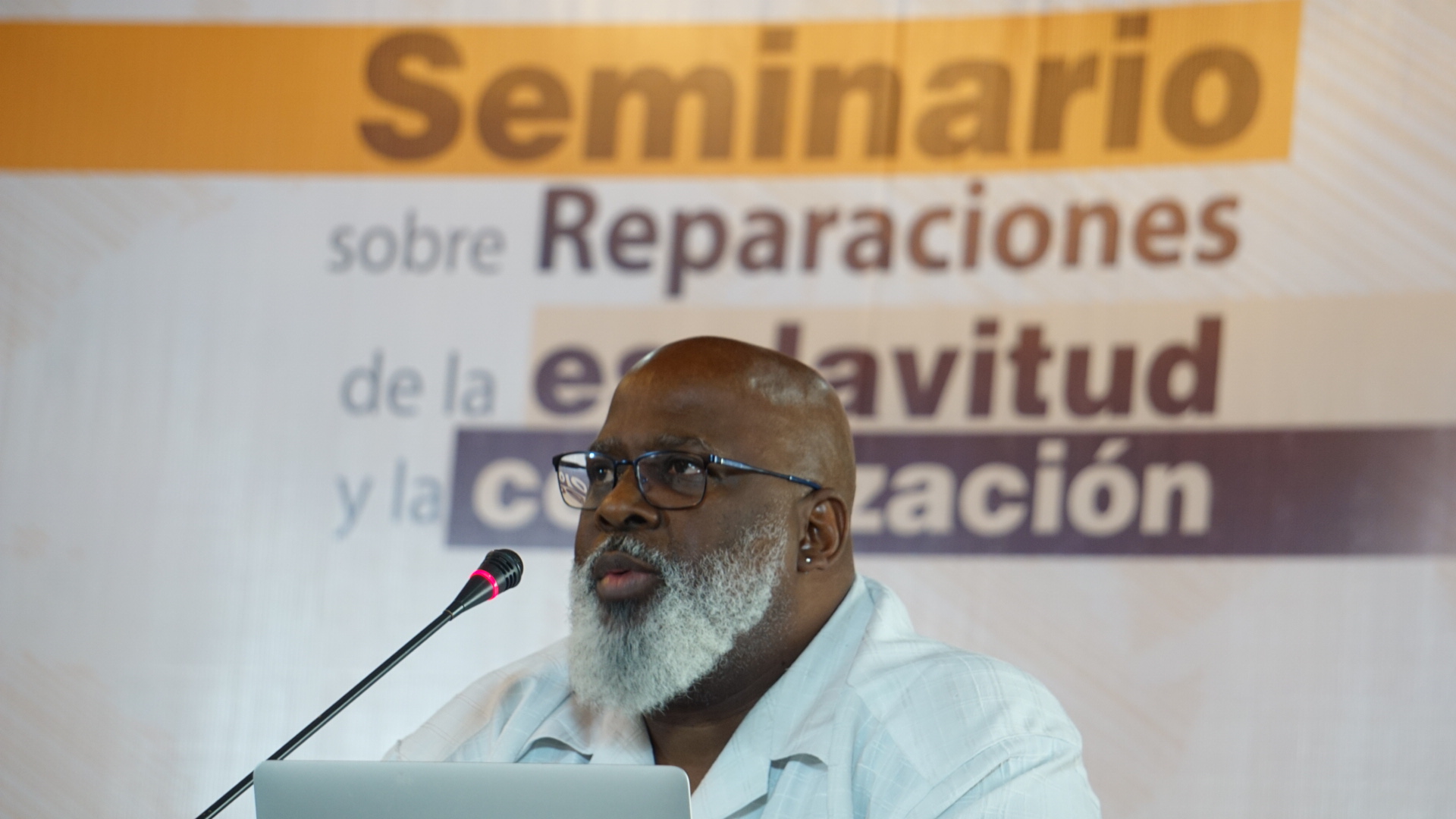