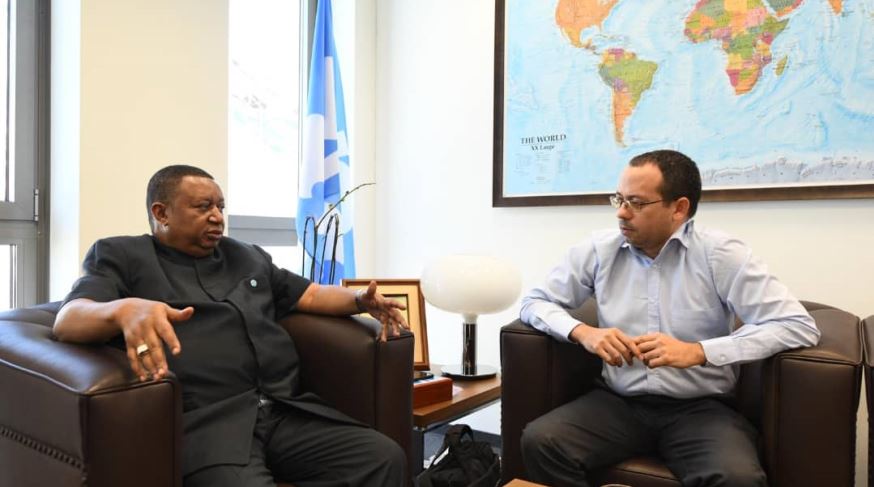 Reviewing the situation of the global oil market for the second half of 2019 and monitoring compliance with the Declaration of Cooperation of Voluntary Adjustment of Oil Production of the member countries of OPEC+ are some of the objectives of the 176th meeting of the Ministerial Conference of the Organization of Petroleum Exporting Countries (OPEC) and the 15th meeting of the OPEC and non-OPEC countries also known as OPEC+.

This was stated by the Secretary-General of OPEC, Mohammad Barkindo, when he was interviewed exclusively for the People’s Power Ministry of Petroleum of Venezuela, S.A. (PDVSA).

The OPEC Secretary-General recalled that the oil market should be seen in context and in perspective, taking into account the decisions taken at the 175th meeting of the Ministerial Conference held in Vienna in December 2018 when the market was oversupplied and existed the threat of excessive construction of inventories.

“Under these market conditions, it was decided in December to adjust the output of the OPEC+ countries by 1.2 million barrels per day. 800 thousand barrels corresponded to the OPEC nations and 400 to the non-OPEC countries. This decision, duly taken, will be 6 months old of being executed just next week, when the 176th meeting of the OPEC Ministerial Conference will be held”, explained Barkindo.

Due to these OPEC+ actions, the market has been stabilizing and oil inventories levels have fallen significantly. Barkindo indicated that the OPEC+ countries are focusing on strict compliance with the 2018 decisions and this is being demonstrated by the levels achieved by the countries participating in the agreement. It should be noted that Venezuela, Libya and Iran were exempted from compliancing these decisions.

“The levels of conformity demonstrate the commitment of the OPEC+ nations to achieve the sustainability and stability of the world oil market”, said Barkindo.

The Secretary-General of OPEC reiterated that the decisions taken in Vienna in December will expire this June and therefore it is crucial at this 176th meeting of the Organization to agree on the actions corresponding to the second semester of 2019.

Barkindo reported that although there has been progress towards market stability, there is some uncertainty about the global economy and its slowdown due, for example, to commercial disputes between the United States and countries and blocks such as China, the European Union, Mexico and Canada, as well as the issues of sanctions that also cause uncertainties.

The Secretary-General also referred to “global geopolitical tensions, particularly in the Middle East, in Iran, in Venezuela with the sanctions imposed from large oil producing and exporting countries”.

“For us in OPEC, the sanctions imposed on two of our founders and big oil producers for the international market, are sanctions for all of us, because if you take these two countries out of the equation that will affect the entire OPEC”.

Barkindo stressed that OPEC faces these uncertainties “with the hope that the dialogue between these nations will help resolve any of the issues and differences between them”.

In this exclusive interview, the Secretary-General of OPEC, on behalf of the Organization and its member countries, indicated that “it is a great honor to send greetings to the Government and the heroic people of the Bolivarian Republic of Venezuela led by the Constitutional President, Nicolás Maduro and his great leadership”.

He recalled that throughout history, true leaders have been tested through great challenges. Barkindo highlighted the important role of Venezuela that, during this year 2019 presides over the OPEC Ministerial Conference.