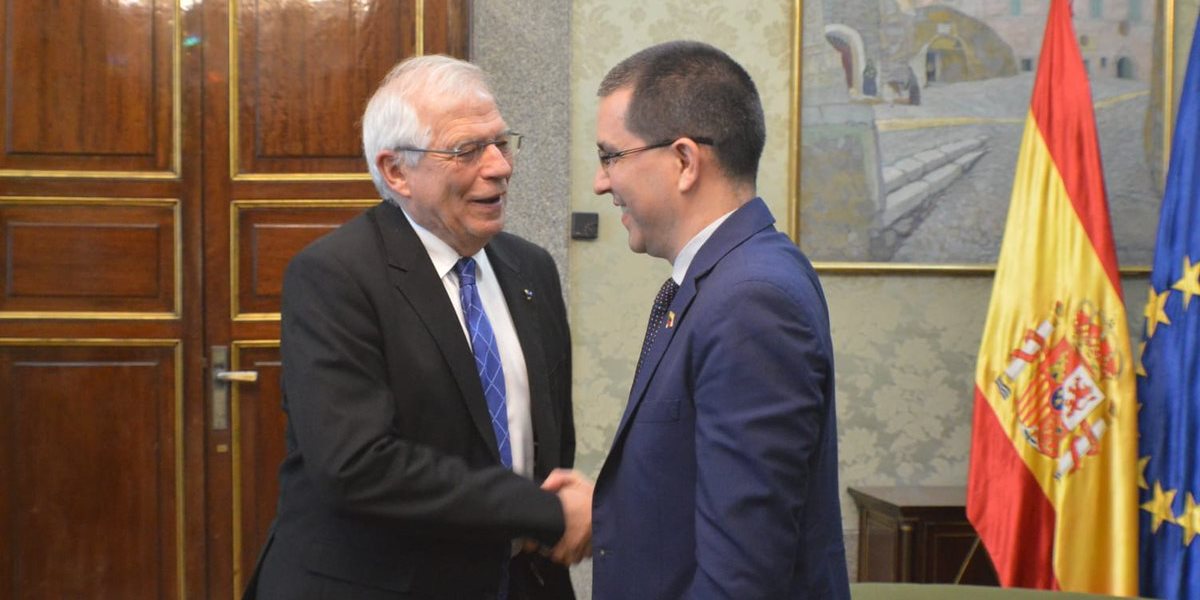 The Foreign Minister of the Bolivarian Republic of Venezuela, Jorge Arreaza, held a bilateral meeting on Wednesday in Madrid with the Minister of Foreign Relations, European Union and Cooperation of Spain, Josep Borrell.

During the meeting, the diplomats evaluated the existing relations between the two countries and shared the interest to advance along the route of dialogue as the only way to guarantee the prosperity of Venezuela.

In this sense, the Minister of Foreign Relations, European Union and Cooperation, Josep Borrell, expressed to his Venezuelan counterpart, Jorge Arreaza, the firm support of his country in the process of dialogue that takes place in Oslo Norway, because in his opinion, this option constitutes the “best alternative” for the resolution of the political conflict that Venezuela is going through.

The last meeting between the Venezuelan Foreign Minister and his Spanish counterpart took place in September 2018, in the framework of the 73rd Session of the United Nations (UN).

The People’s Power Minister for Foreign Relations of Venezuela traveled to Spain after an official visit to Rome where he spoke on Tuesday in the High Level Segment of the 41st Conference of the United Nations Organization for Food and Agriculture (FAO).