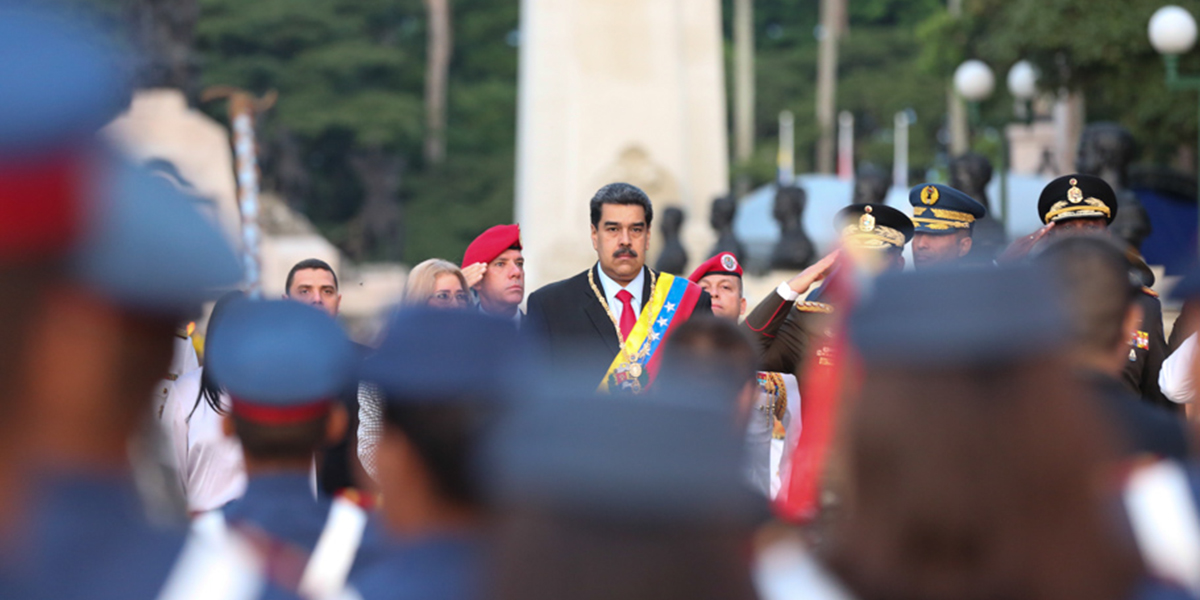 President Maduro: FANB will respond to Santander’s heirs with union and loyalty to the Homeland

Monumental Set Campo de Carabobo. “May no one mess with Venezuela” were the words of the President of the Republic, Nicolás Maduro Moros, when referring to the recent declarations of the Colombian president, Iván Duque, in which he called for the fracturing of the Venezuelan army in order to provoke the exit of the Bolivarian Government.

President Maduro rejected the position of the New Granada head of State who, openly claims to assume the functions of Commander-in-Chief of the Bolivarian National Armed Forces and authorized the FANB Staff to give a resounding dignity response to Duque and the Colombian oligarchy he represents.

“Bogota oligarchy, get out of here! No to the Santander betrayal! They are the heirs of Santander and the betrayal, they are those who kneel to the gringo empire and intend to become now into a kind of commander in chief of the Bolivarian National Armed Forces from Bogota with a retinue of traitors and deserters despised by our military”, he said.

During the ceremony for the 198th anniversary of the Battle of Carabobo and Bolivarian Army Day, Maduro stressed that the FANB is united and cohesive, loyal to the Homeland, the people and the constitutional Government of the Bolivarian Republic of Venezuela.

The reaction of Caracas arises after the declarations offered from Spain by the Colombian president, in which he assured that in Venezuela it does not need a military intervention, but the very rupture in the Venezuelan military forces, to whom he called to put on the side of the National Assembly (in contempt) and the deputy (self-proclaimed) Juan Guaidó.