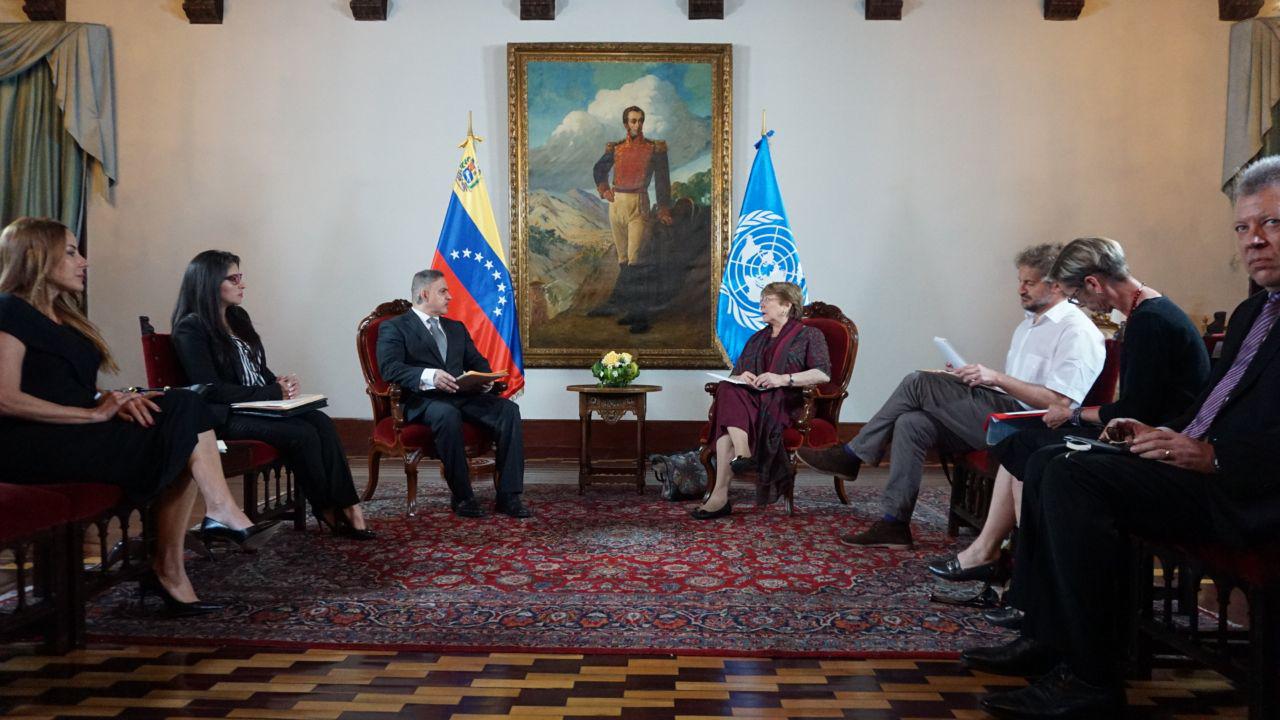 This Thursday, from the Yellow House “Antonio José de Sucre”, the UN High Commissioner for Human Rights, Michelle Bachelet, continued her work agenda in the country, after she was received by the Foreign Minister of the Republic, Jorge Arreaza , Wednesday night.

After the meetings with the Ombudsman, Alfredo Ruiz, the president of the Supreme Court of Justice, Maikel Moreno, and with the General Attorney of the Republic, Tarek William Saab, the lastest offered a statement to the press in which he described his meeting with the High Commissioner as positive, recalling that the visit materializes after the invitation made by President Nicolás Maduro last year.

The Prosecutor explained that a detailed report about the actions of the Public Ministry since August 2017 was delivered to the High Commissioner, as well as some proposals for training and education by the United Nations Technicians.

He explained that since August 2017 to the date have been presented 6,709 conclusive acts in the field of investigation of human rights violations, 261 accusations, 666 fiscal records, and has proceeded in the indictment of 596 officials, with 104 convictions, keeping private of liberty to 335 officials, which overthrows the matrix of opinion that presents our country as a state that does not prosecute human rights violations.

He warned that citizens who participate in various political parties that oppose the national government have gone down the path of violence and not the political debate, which has led to violations of human rights, such as the death of 77 people in the called “Guarimbas” and 720 cases of damage to public infrastructure.

He also reported about the investigations that are being conducted by the Public Prosecutor’s Office on hate crimes, having “accounted the total of 67 investigations, in which we have presented 23 accusations, 5 files of prosecutors and 37 cases in the preparatory phase”.

Finally, he explained that the progress made by the Commission for Justice, Truth and Public Tranquility in the framework of peaceful coexistence, was consigned to the High Commissioner for Human Rights, which has achieved 193 benefits for people deprived of liberty for having participated in violent acts.

It is expected that the stay of the High Commissioner in the country will end this Friday, June 21, when she will offer statements to the press to give a report on her visit.