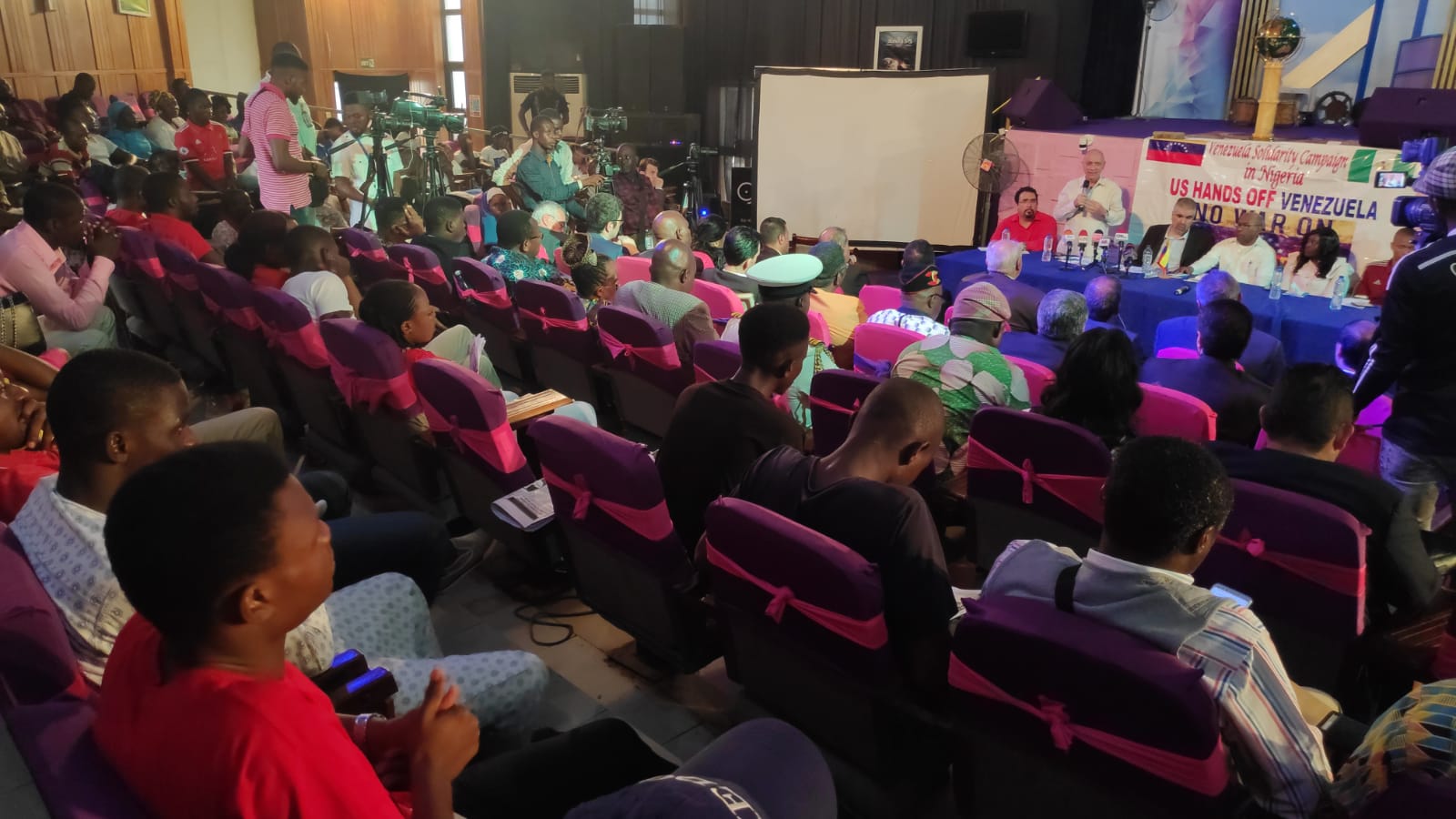 To conclude the official visit of the sectoral Vice-president of Social and Territorial Development of the Bolivarian Republic of Venezuela, Aristóbulo Istúriz, to the Federal Republic of Nigeria, this Thursday, a solidarity meeting was held, promoted by workers, professors, university students and a large part of the Nigerian communities that are organized in support of Venezuela.

During the event, Vice-president Istúriz, reported on the struggle faced by the Venezuelan people against the illegal blockade imposed by the administration of Donald Trump, by preventing financial transactions and the purchase of food, medicines and treatments for Venezuelan patients.

“Why is the blockade criminal? Because it prevents operations with Venezuelan money in international banks and with it, the payment of bone marrow transplants which can not be done in Venezuela”, said the Vice-president, referring to Venezuelans who until recently were benefited by agreements on health, through which their treatment was carried out in Italy, today paralyzed due to the retention of money in international financial institutions.

The sectoral Vice-president of Social and Territorial Development who was accompanied by the Vice-minister for Africa of the People’s Power Ministry for Foreign Relations, Yuri Pimentel, described his visit as satisfactory, while noting the importance of strengthening ties with Nigeria and the rest of the African countries.

“For us, the presence and relationship of Venezuela with Africa has a high meaning. From the historical point of view this continent contributes a lot to the Venezuelanity of today”.

The work agenda developed in the African country included a bilateral meeting with the Vice-president, Yemi Osinbajo, where the intention was to increase cooperation and exchange mechanisms of mutual interest.

Also, from the city of Abujas, the President of the Parliament of the Economic Community of West African States, Moustapha Cisse Lo, exchanged views with the Venezuelan authorities on the cooperation mechanisms between Venezuela and the countries of West Africa.

Also, the sectoral Vice-president of Social and Territorial Development, Aristóbulo Istúriz, held an important meeting with the Nigeria Labor Congress, the largest union in Nigeria, where they read a communique in support of Venezuela, given the constant attacks by the American imperialism.