President of Serbia receives credentials from the new Venezuelan ambassador

The designated ambassador of the Bolivarian Republic of Venezuela to the Republic of Serbia, Dimas Jesús Alvarenga Guerra, presented his credentials on Monday to the president of that European country, Aleksandar Vucic.

During the private conversation, the Venezuelan diplomat delivered the letter addressed by President Nicolás Maduro Moros to his Serbian counterpart, explaining the extreme factors that lead to the current Venezuelan situation, which, in the face of the failure of the coup initiative, pretend an illegal change of government in the Caribbean nation in violation of the Constitution and the Charter of the United Nations. In the letter, the Head of State asks for his support so that the criminal aggression, typified as a crime against the Venezuelan people, is denounced and condemned in all international instances.

President Vucic ratified the new ambassador the commitment that the Serbian people have with the Venezuelan one, that despite the pressures they face on their way to integration into the European Union, nothing and no one will silence the Serbian sovereign voice in expressing their support and solidarity with President Nicolás Maduro Moros. He reiterated that they can count on the support of their government before the international forums and that both peoples should also deepen their bilateral relations towards the economic and commercial.

He also condemned those subordinate countries that support the self-proclamation of an opposition deputy as “interim president” of Venezuela.

Finally, President Vucic sent a message of admiration to the libertarian Venezuelan people, who continue in their struggle for the preservation of their sovereignty and independence, as a legacy of the Liberator Simón Bolívar.

At the ceremony were present, in addition to the undersigned, the ambassadors of Portugal, Indonesia, Finland, Spain. 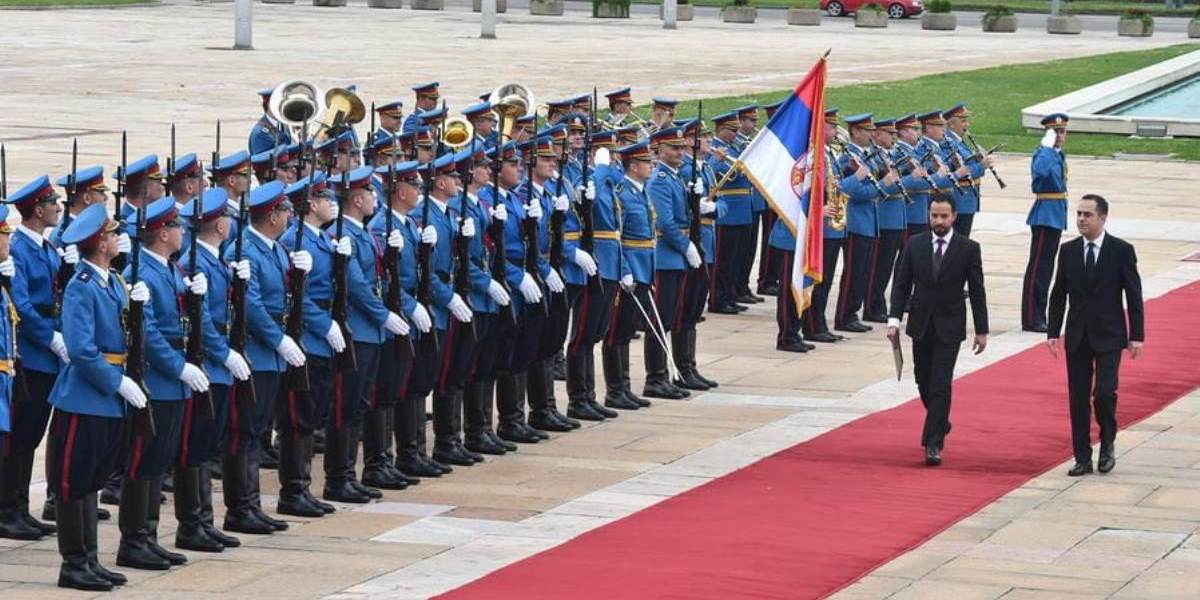