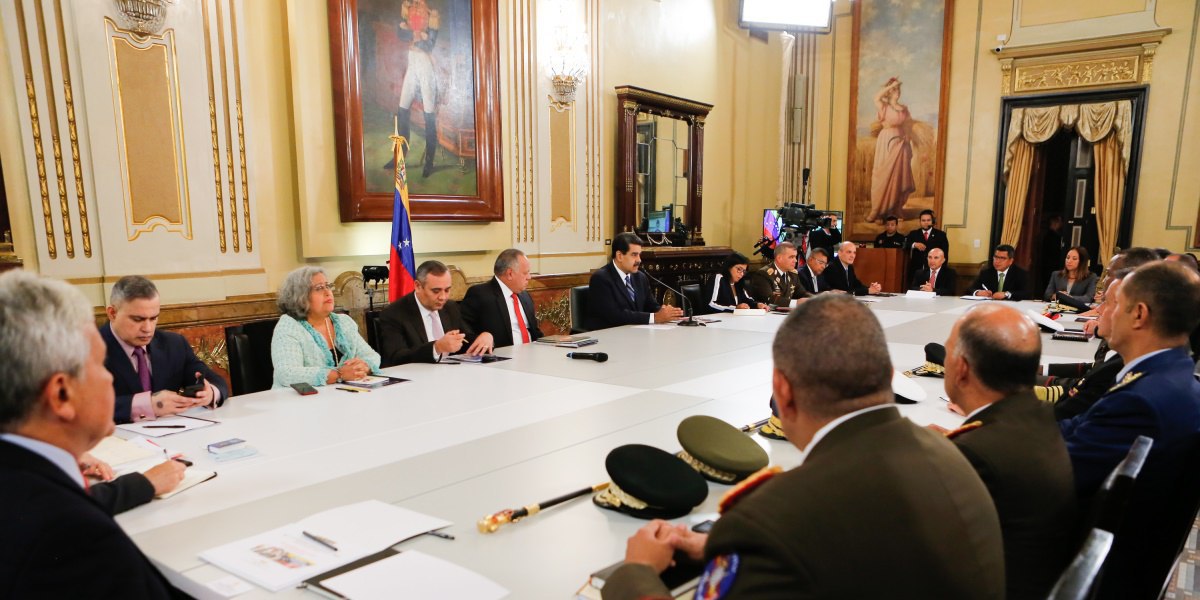 From the Miraflores Palace, the President of the Bolivarian Republic of Venezuela, Nicolás Maduro, declared in permanent session the Council of Defense and Security of the Nation, as the highest constitutional body for the defense of peace, political stability and the strengthening of the institutions of Venezuelan democracy.

“We declare ourselves in permanent working session with all the capacities that exist in the constituent, judicial, electoral, citizen and executive power, together with our people and institutions, develop a plan for the rest of the year, so there be months of stability, recovery, peace and victory for Venezuela”, explained the head of state.

The National President stressed that this is a great commitment, due to the constant siege of imperialism that insists on harming Venezuela.

In this sense, President Nicolás Maduro urged that “no one should sleep on the laurels of the victories obtained by the Bolivarian Revolution this year”.

“Alert people of Venezuela, alert our country, we continue to work every day with good faith, loyalty at the highest level, with the greatest love, but their conspiracy to harm the country continues, and has entered the stage of madness and despair”, he warned.

He also maintained that any attempt to destroy the country will be defeated, while asking the National Defense and Security Council to guarantee the greatest amount of political stability and national peace, as well as the recovery and economic prosperity of the Nation.

Renewal of the National Assembly

“The country wants the renewal of the National Assembly (…) we are ready, we are prepared for the elections to come”, said the head of state.

“It is a very special issue of this Defense and Security Council, it is an issue that we are taking as a priority to the conversations and dialogues in Oslo, Norway, and to all instances of political dialogue in the country”.

The dignitary pointed out that the country wants elections of the National Assembly to recover lost time and to heal the wounds made to the legislative body, and recalled that all the powers of the State are subordinated to the Constituent Assembly.

“The Constituent will be the containment to the coup to definitively crush it. Wherever the coup apears, there will be a combatant attitude of the National Constituent Assembly”.

With regard to the extremist scheme that has been tried to impose to destroy the State, he specified:

“When we speak of a coup d’état it is about the destruction of the State, it is not only the attempt to overthrow the legitimate president, but to destroy the State, affect social life and take political, economic, military and media power of our country”.

It is an extremist policy that has had diverse expressions in the course of the first five months of 2019, described President Maduro. 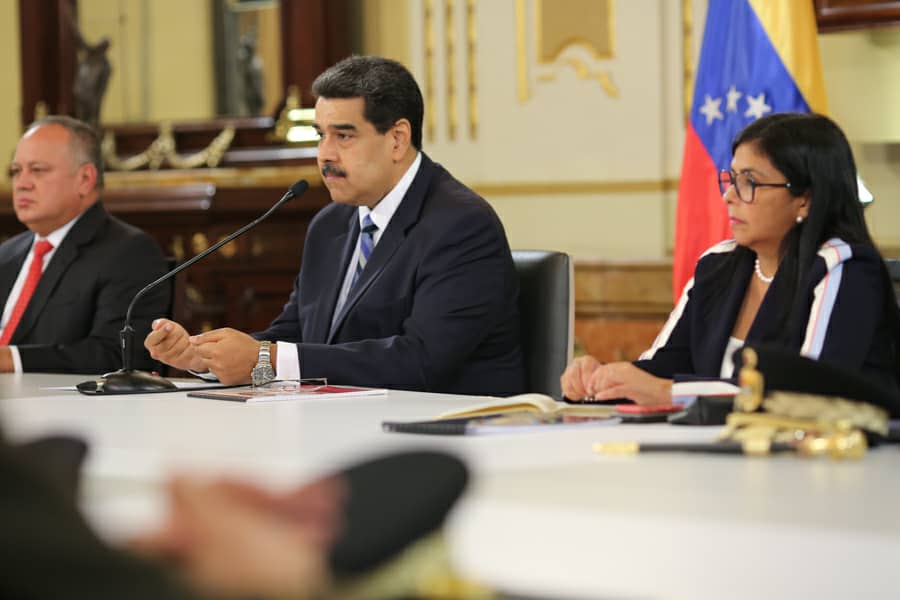