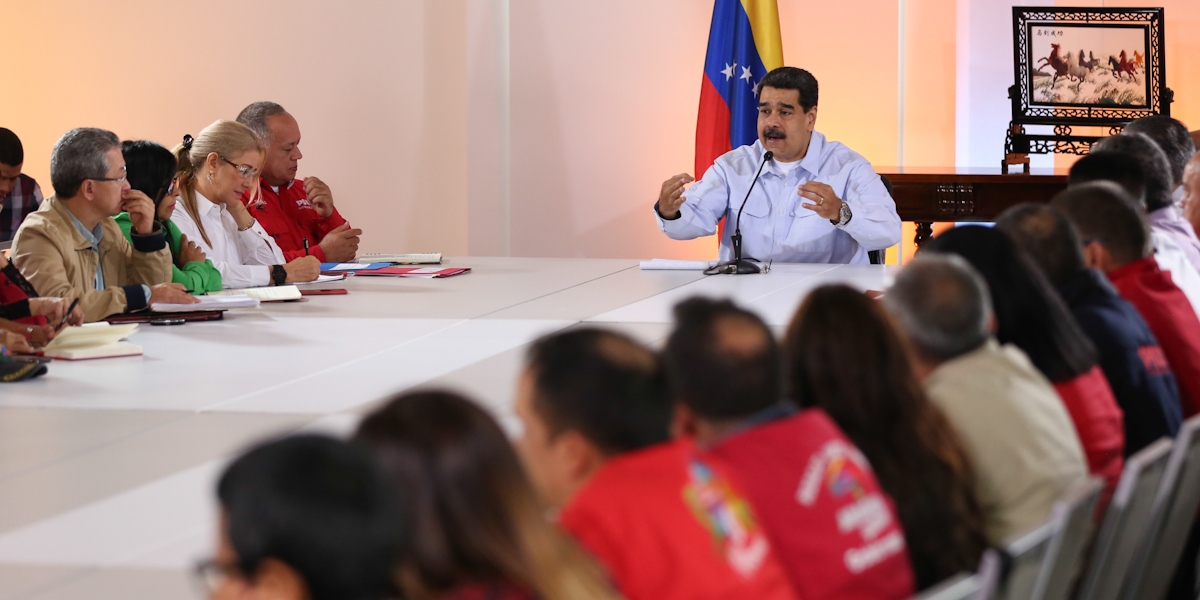 The President of the Bolivarian Republic of Venezuela, Nicolás Maduro Moros, reiterated his call for dialogue with the political and social sectors of the country, in order to guarantee peace in Venezuela.

During a meeting with the political high command of the United Socialist Party of Venezuela (PSUV), held in Caracas, the President indicated that although there is an opposition sector that is in the extremist plan to overthrow the legitimately constituted government, discussions have begun with this political fragment in Norway.

“We are putting our best good faith to find, based on the comprehensive agenda agreed by the parties, democratic solutions, peaceful, constitutional, national coexistence to the contradictions and the Venezuelan conflict”, said the President.

The head of state said he was not afraid of the truth and asked the Venezuelan people for all the support in this process of dialogue necessary to say no to violence, coup, military invasion and fratricidal confrontation.

“We respect the established rules of the game in Norway to reach these talks and, for respect, I am not going to report anything else about the battle that is taking place there for the peace of the country”, said the national president.

In this line, he asked for maximum discipline to the political body that integrates the government commission in the process of dialogue, while denouncing that there are spokesmen of the opposition sector giving “runaway declarations” with which they blatantly lie to the country.

Two weeks ago, President Maduro called to start national dialogue days, for which more than 16 thousand assemblies were integrated by the social movements of Venezuela.

This space for debate is aimed at promoting effective changes in the Bolivarian Revolution, as well as addressing the demands of citizenship around the economy, social protection, peace and revolutionary transformation.

“Let’s go for a counter-offensive to improve everything that can be improved in the Bolivarian Revolution, make a revolution of higher quality, higher level, greater impact on the real life of the economy of society, morals and national spirit” concluded the head of State.