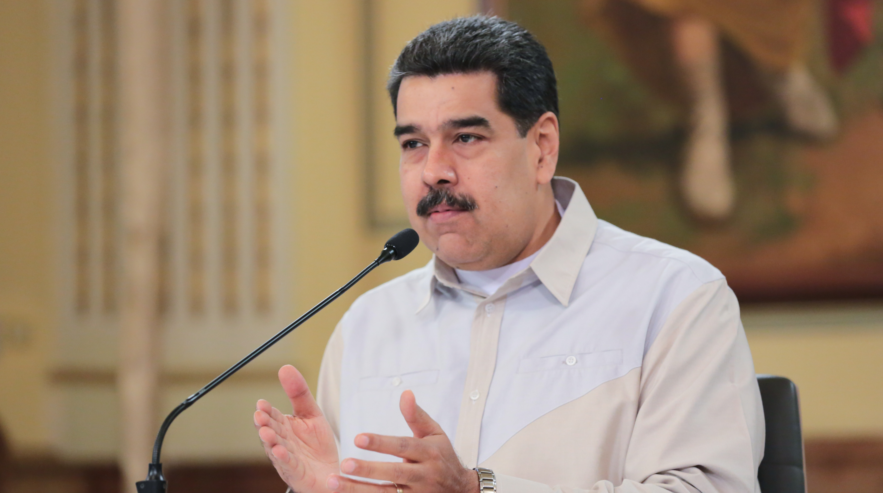 The President of the Bolivarian Republic of Venezuela, Nicolás Maduro Moros, issued a letter in appreciation for the efforts made by the American Reverend, Jesse Jackson, who decisively supported the activists members of the protection group that was stationed in the diplomatic seat of Venezuela.

This communication published in the Twitter account of Foreign Minister Jorge Arreaza @jaarreaza, states that the action of Reverend Jackson, described by the head of state as “deeply Christian and humanist”, broke the siege of violence that had been brewing against the diplomatic headquarters in clear violation of the Vienna Convention on Diplomatic Relations and International Law.

After the illegal assault on the Embassy, ​​President Nicolás Maduro appreciated the protests that have been made against the fratricidal war that the United States government intends to impose on Venezuela.

That is why, in the face of the aggressions unleashed upon the Venezuelan people, the president considers that the solidarity of the world towards Venezuela is “a high contribution to the right of self-determination, as well as to peace and stability in the region” , because in his opinion, the coercion of the Trump administration, manifested through the economic and financial blockade, constitute warmongering actions that threaten the planet.

“I am convinced that his message full of truth and peace must continue to generate awareness of the need for dialogue and the path of non-confrontation and sanction in our country, predisposing noble hearts to join this just cause; that is why I have received with optimism his statements about the importance and need of ‘a new peace movement based on solidarity with Venezuela'”, reads part of the letter sent by the Head of State, Nicolás Maduro.

The president also made clear that his government continues to take the necessary steps to achieve a peaceful solution through mechanisms such as the national dialogue, where all political actors willing to resolve the Venezuelan conflict are included, without the interference of external factors.