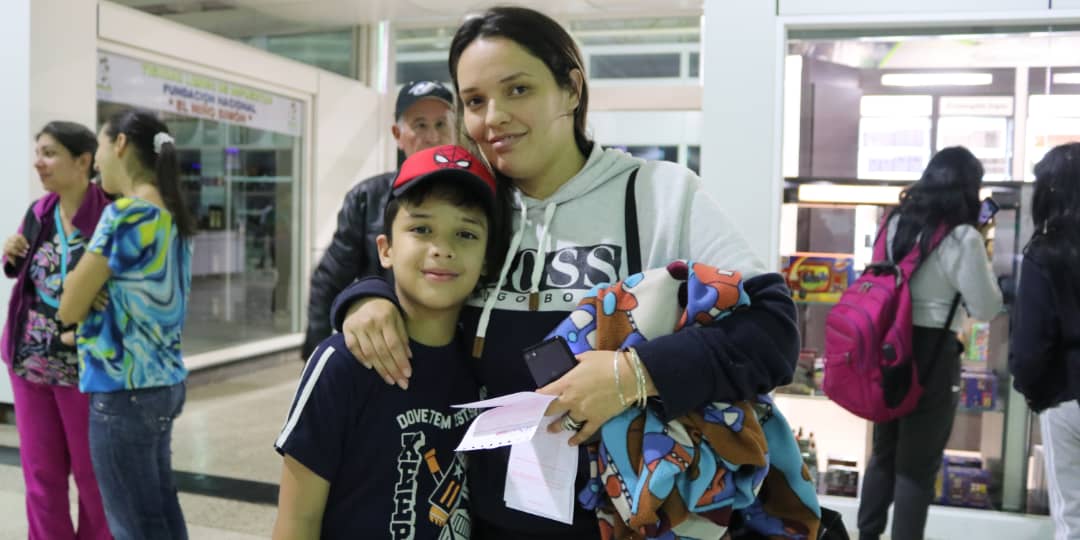 Venezuelans return to the Homeland to face the economic blockade

The Bolivarian Government continues to guarantee the well-being of its citizens abroad, despite the brutal economic blockade that the Donald Trump administration maintains against the Bolivarian Republic of Venezuela, that is why this Saturday, a new day of the Plan Vuelta a la Patria was launched from the Republic of Ecuador.

A total of 170 Venezuelans were repatriated successfully from this South American country, through two flights of the airline Conviasa; the first from the city of Quito and the last from Guayaquil.

It is important to remember that this air and land bridge with more than nine months of validity, is a social welfare policy and protection of human rights unique in the world, due to its prolongation and vision of massive repatriations, never seen in other countries.

These nationals who voluntarily apply to the Plan Vuelta a la Patria have the possibility of being reinserted in the labor and educational field, in addition, they will have all the benefits offered by the President of the Bolivarian Republic of Venezuela, Nicolás Maduro, through the Carnet de la Patria.

The main reasons for returning to Venezuela remain; the shortage of employment, false expectations of life, xenophobia, abuse, mistreatment and discrimination.

Notwithstanding, the connationals express that they prefer to return to their country and fight to push it up, rather than endure the constant sieges of some Ecuadorians. They also reject the existence of supposed economic aid from other governments towards the population of Venezuelan migrants in Ecuador.

Griselda Rincones, said that Venezuelans migrate under false expectations of life, because abroad, “money only gets to acquire the basic basket (…) I prefer to return to my country, although there is a blockade, because yes, it is true that exists an economic blockade and they try to blame everything on the current government, but they do not mention that the same companies and the US government induce the crisis (…) it is everyone’s work to move Venezuela forward”.

For her part, Aurimar Colmenares, a young professional mother, said: “In Ecuador I did not get the receptivity I thought about work and treatment, I thank the travel team, everything was wonderful, they treated us spectacularly, from the moment I went to the consulate, they took care of me, do not believe that they take away the documents, (…) there is nothing like being in your country”.

Elias Rodriguez, a young professional, reiterated that the reality in Ecuador is not how it looks, despite her young age and excellent preparation, she had to work informally to stay in this country.

Just like them, there are still thousands of Venezuelans who are waiting to be repatriated. So far there are more than 14,000 compatriots who have returned through the Plan Vuelta a la Patria.