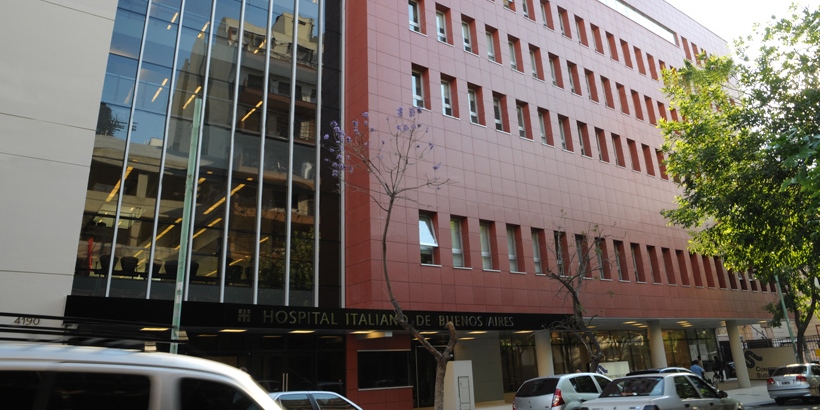 Douglas Guevara, father of Isabella Guevara, a 21-month-old Venezuelan girl, denounced and repudiated the illegal blockade imposed by the US government on the Bolivarian Republic of Venezuela, which puts at risk the lives of dozens of children who require medical care abroad, including his daughter.

In the case of Isabella, he explained that she was benefited to receive a liver transplant at the Italian Hospital of Buenos Aires, in the Argentine Republic, for the medical assistance program for special cases that is financed by the Venezuelan Government through Citgo, subsidiary of the state oil company Petróleos de Venezuela SA, (PDVSA) in the United States.

“That program is being brutally affected by the sanctions of the United States supposedly to affect President Maduro; in fact the only ones that have been affected are the hundreds of children who receive some transplants or special treatments in several countries of the world”, Guevara emphasizes.

In Argentina, the medical assistance program sponsored by the Venezuelan State has benefited 109 children since 2008, who successfully received their liver transplants and post-transplant treatments.

However, at present there are six children who have not completed their post-transplant treatment and one of them is still waiting for a kidney transplant.

“As a result of the blockade our children were left without medical attention since February of this year (…) Let us be the strong and clear voice of those who live in their own flesh the atrocities of the blockade”, he added.

Isabella Guevara was born with a congenital disease that made her need a liver transplant to continue her life.

On Tuesday, the executive secretary of the National Human Rights Council, Larry Devoe, reported the death of Giovanny Figuera, a 6-year-old Venezuelan boy who required a bone marrow transplant and specialized medications that are imported.

The unilateral coercive measures imposed by the United States on Venezuela make it difficult for the State to import basic goods to meet the needs of the population.