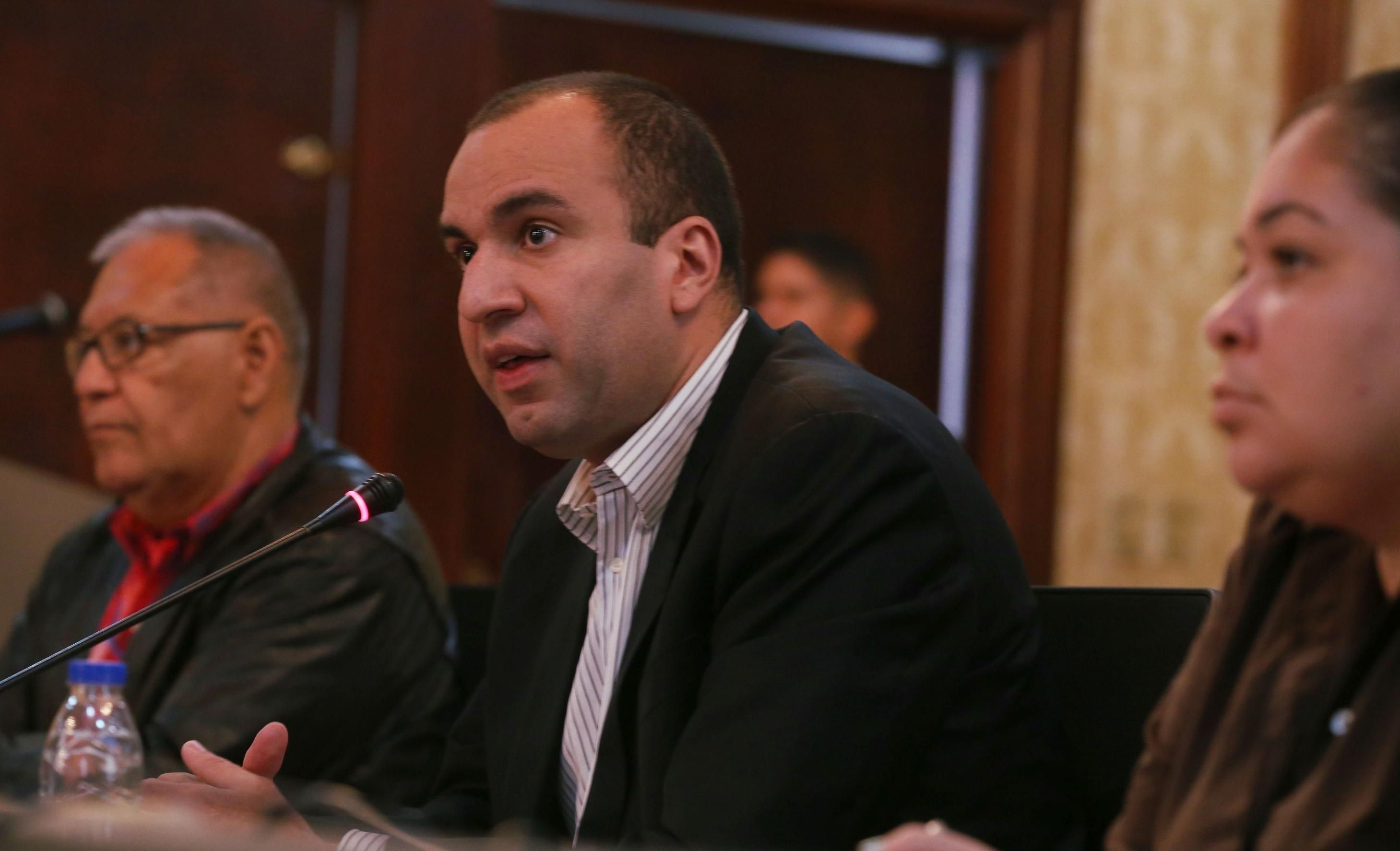 As part of the campaign #TrumpDesbloqueaVenezuela, aimed at demanding the cessation of economic aggression against the nation, we are currently working on the development of a general registry that will allow us to quantify the impact of the unilateral coercive sanctions imposed by the United States government, reported the executive secretary of the National Human Rights Council (HRD), Larry Devoe.

In an interview with the Venezuelan News Agency (AVN), he explained that the instrument, which he estimates will have the participation of public and private institutions, will feed a single report that will provide new elements to strengthen government policy.

“There is a proposal that is being promoted by the Foreign Ministry of the Republic, which will be submitted to the consideration of President Nicolás Maduro, to strengthen the registration mechanisms that must be made from our institutions on the impact of the economic and financial blockade on the country”, said Devoe.

He indicated that, although the preliminary data are in the process of being collected, it is undeniable that Venezuelans have been affected by the systematic aggressions of the US administration, which since 2014 has been directing actions against the economy through the blockade of assets of the state oil company Petróleos de Venezuela (PDVSA) and the obstruction in access to medicines, food, goods and services, as well as international financing.

“Venezuela is facing a persecution, from the financial point of view, that has a concrete impact on Venezuelans, it is not how the opposition spokespersons and the United States pretend to say that those are sanctions only against certain officials, sanctions that affect those who require a medication for a chronic disease or for those who expect to go abroad to undergo a bone marrow transplant and can not because the blockade prevents transferring the necessary resources for interventions”, he explained.

Devoe noted that the US maneuver is focused on severe attacks against the social protection model that since the arrival of the Bolivarian Revolution is implemented in Venezuela. In this sense, he pointed out that the economic measures have generated consequences in the enjoyment of the rights of Venezuelans.

Venezuela had been advancing with a social protection model, a human rights model that had significantly increased its indicators, raising the human development index and it is precisely this model that has been attacked with these economic measures, that has brought consequences in the enjoy of the rights of our country.

Devoe, who also works as an agent of the State before the International Human Rights System, stressed that the National Government will continue to provide information, presenting concrete evidence of the effect of sanctions against the country.

“As a State we must continue to demand that international organizations speak out against these types of measures that have a negative impact on human rights,” he added.

He recalled that the National Government has permanently denounced the US blockade against the economy, presenting documents to the Office of the High Commissioner for Human Rights (OHCHR) and other bodies of the Human Rights Council of the United Nations (UN).

In relation to the campaign #TrumpDesbloqueaVenezuela, he stressed that the mobilization of national and international movements is key to consolidate solidarity, as well as to stop the advance of US maneuvers in Venezuela.