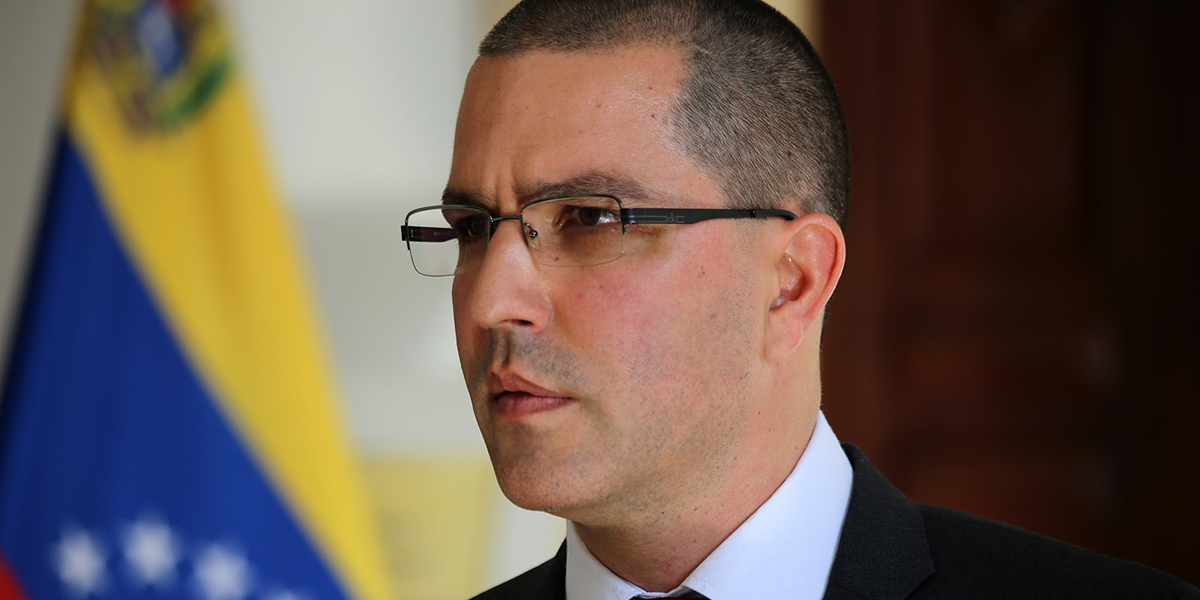 US interventionism is a historical anachronism that affects Latin America

The military intervention, strategy proposed by the United States government to be consummated in Venezuela with the objective of overthrowing the government of President Nicolás Maduro Moros, elected constitutionally on May 20, 2018, is for the Foreign Minister of the Bolivarian Republic of Venezuela, Jorge Arreaza, a historical anachronism that violates international law, the Constitution and the will of the Venezuelan people.

In an interview with Argentina’s radio station, Radio del Plata, the Venezuelan diplomat explained that the premise of “all options are on the table” with which the US empire constantly threatens Venezuela, seeks to impose a violent scenario contrary to the politics of dialogue and peace that the National Government proposes.

“We consider that the military intervention is a historical anachronism that would affect the region and even the United States government itself. If there is a people prepared for any scenario it is the Venezuelan people, but that is not what we want, we are looking for channels of dialogue”, said the Foreign Minister, at the same time that he expects that mechanisms like the one in Montevideo will make the opposition to dialogue and achieve a political resolution to the internal conflicts of the country.

With regard to the events that took place last Tuesday in the vicinity of the Altamira Distributor, where a group of opposition leaders tried to promote a coup d’état and simulated military support, FM Jorge Arreaza indicated that these actions are part of the interventionist policy that has been brewing since January 23 and that the Bolivarian National Armed Forces (FANB) has remained monolithically in all its commands complying with what the Venezuelan Constitution demands.

When asked about the diplomatic relations between Argentina and Venezuela, the People’s Power Minister for Foreign Relations pointed out that since the accession of Mauricio Macri to the presidency of that country, there had been no contact, “Argentine diplomacy disappeared in Venezuela”, what in his opinion, is a clear sample that the governments that are subordinated to the imperial designs do not defend the interests of their peoples but of an elite and the United States.