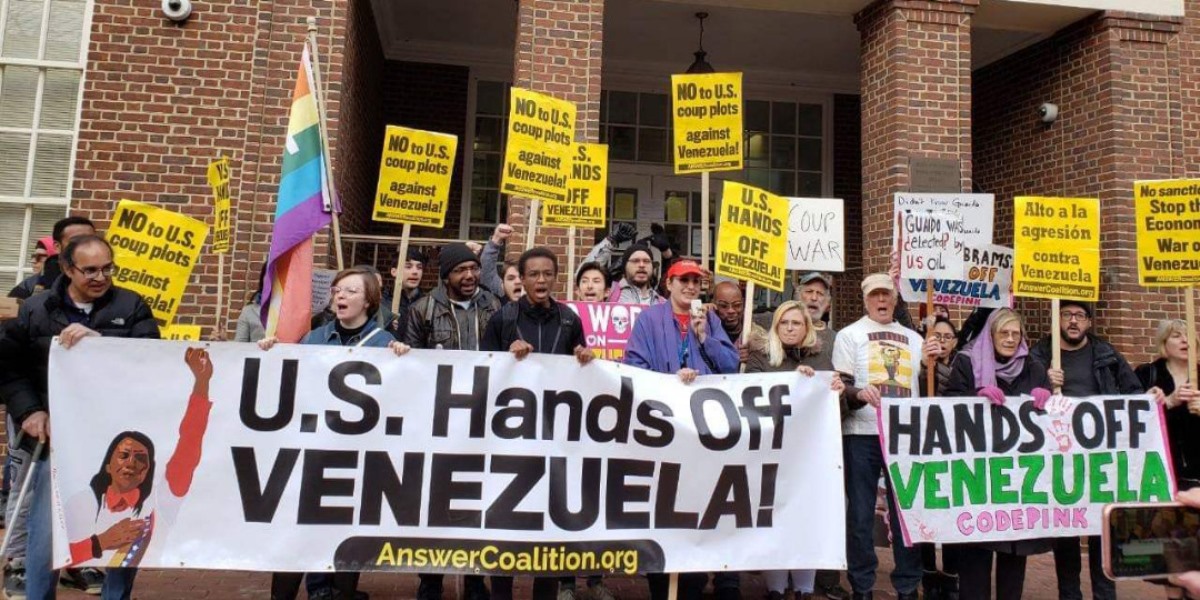 With violent speeches and vandalism actions, sympathizers of the radical Venezuelan opposition backed by supposed security forces designated by the Donald Trump administration, tried to force the entrance to the former headquarters of the Embassy of the Bolivarian Republic of Venezuela in the United States, risking the physical integrity of the people authorized by the Bolivarian Government who were inside it, since last March 19; flagrantly violating international law and the Vienna Convention on diplomatic relations in its articles 22 and 45.

In this regard, the Vice-minister for North America of the People’s Power Ministry for Foreign Relations, Carlos Ron, highlighted the courage of the various solidarity movements and American political parties that allied to defend the old embassy from President Trump’s aggressions, “It is a historic moment, now the Americans themselves are looking in some way for their government to retract and change its course”.

Due to the latent possibility that the diplomatic headquarters were taken illegally by supporters of the self-proclaimed president, Juan Guaidó, since March 19, this group of movements and social organizations set out to protect the former Embassy, ​​a space used for the realization of meetings and debates on the correct vision of diplomatic relations between Venezuela and the United States.

“Since they also oppose the war and the warmongering government that currently occupies the White House, they decided on their own that they wanted to remain inside the diplomatic headquarters to demand their government not to make a forced takeover”, the deputy minister said.

However, the United States government, in its eagerness to impose an illegal representation in their country, condemned the actions of these representatives with the arrest of three of their activists, ignoring the vandalism of violent opponents who tried to enter through the force.

“Ironically, the US authorities that must enforce the Vienna Convention as we do it on the territories of their former embassy here in Caracas, ignored it”.

Likewise, the Venezuelan diplomat alluded to the similarity that exists between this siege and the one that took place on April 11 at the Embassy of Cuba and recalled that it is part of a media strategy that seeks to erect the pro-coup deputy, Juan Guaidó, as president of Venezuela before the international community.

Violated articles of the Vienna Convention about Diplomatic Relations

Article 22: establishes that the premises of the mission are inviolable, therefore agents of the receiving State can not enter them without the consent of the head of the mission.

For its part, the receiving State also has a special obligation to adopt all appropriate measures to protect the premises of the mission against any intrusion or damage and to avoid disturbing the tranquility of the mission or threatening its dignity.

Article 45: establishes that in case of rupture of diplomatic relations between two States, or if a mission is definitively or temporarily terminated, the receiving State will be obliged to respect and protect, even in the case of armed conflict, the premises of the mission as well as its assets and files.