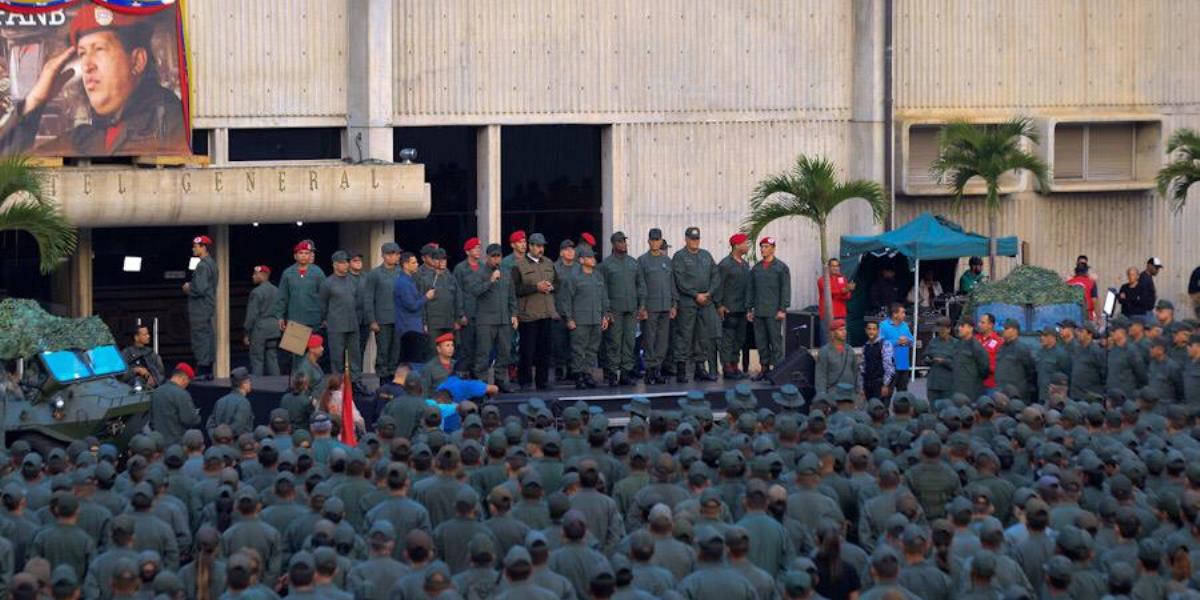 The President of the Republic, Nicolás Maduro, said that the Bolivarian National Armed Forces (FANB) is cohesive, loyal to the people and the Constitution.

From the facilities of the People’s Power Ministry for Defense (MPPD), located in Tiuna Fort, Caracas, the Head of State said that “the future of Venezuela must be peace, prosperity, work, overcoming adversities, united, together before any circumstance, we have to live always united and cohesive”.

The Commander in Chief assured that the right, along with the media, wants to show a weakened and coup-stricken armed force. In response, he called to face the betrayal, the coup plotters and arrest them under the supreme command of the Constitution.

He stressed that within the ranks of the FANB “there is enough conscience and moral”, to ensure peace and not fail the country.

For his part, the Minister for Defense, Vladimir Padrino López, reaffirmed that the FANB’s codes of loyalty will always be superior to the pretensions of the right-wing coup-makers to end this component.

“We come to ratify our loyalty to democratic institutions, to the people of Venezuela, to the supreme command of the Armed Forces in the only president of Venezuela and commander in chief of the FANB, Nicolás Maduro”, remarked the minister, after the military march that was held in Fort Tiuna, to support the loyalty of the Armed Forces, headed by the National President.