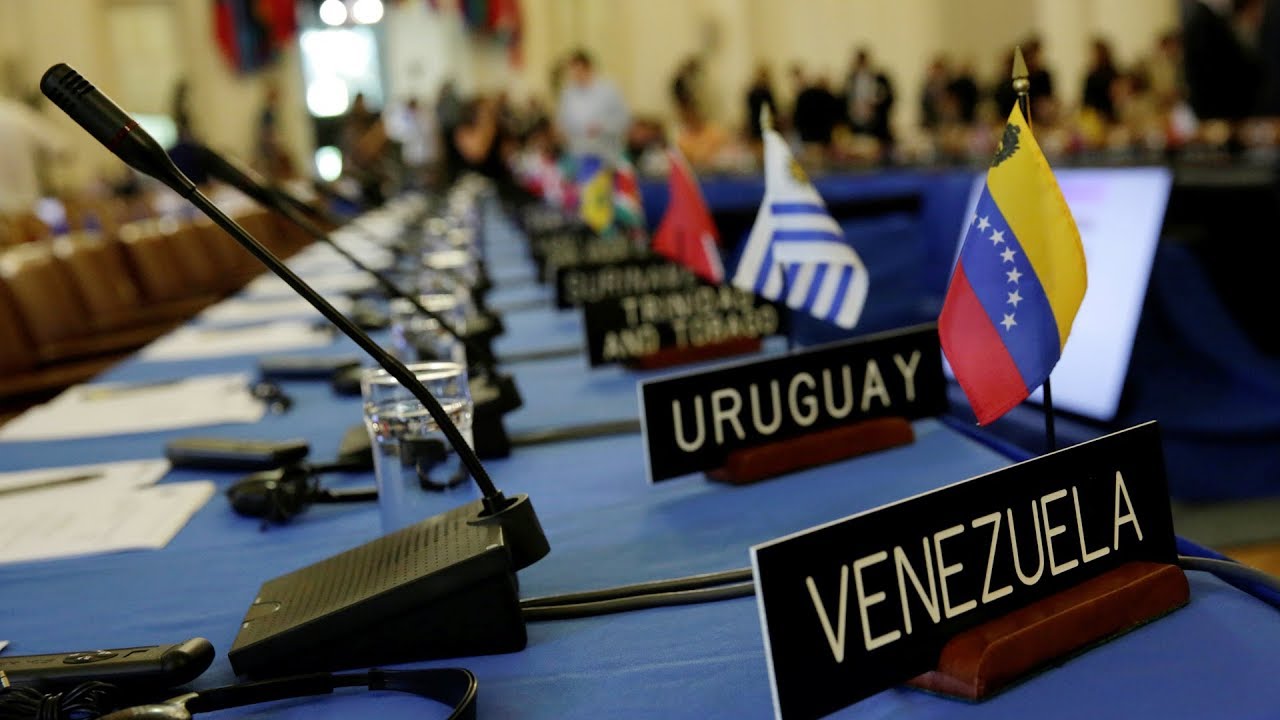 This April 27 marks two years of the application that placed Venezuela, once again, at the top of the victories. The letter addressed to the Organization of American States (OAS) requesting its departure from this body, which should have been a multilateral space but became instead in “an instrument to validate imperial desires against sovereign peoples”.

With this statement, the President of the Bolivarian Republic of Venezuela, Nicolás Maduro, finalized the letter in which he ratified the independent character of the nation and its unwavering decision to denounce the OAS Charter in its article 143, with which the process began.

“This decision is sovereignly adjusted to the historical and doctrinal postulates of our Bolivarian independence process (…) the history of the Organization, both as then as for now, sadly expresses a corporation being kidnapped from its birth by interests contrary to the spirit of integration and union, luminous teaching of our Liberator Simón Bolívar (…) the OAS was conceived and consolidated as an infamous instrument at the service of very clearly defined imperial interests”.

As defined by the Cuban leader Fidel Castro, this “Ministry of the Colonies” not only became a passive observer of the interventionist actions of nations over others determined to be free, but also transgressed grotesquely the principles of international law, especially of sovereign equality, independence and self-determination.

The many manifestations of Venezuela to expose the reality – after the ferocious attacks – seemed to be carried out in a transparent world for the instance, although they were carried out in the bureaucratic forums created for such purposes. Instead, these mechanisms were used to generate false flags “and even make up a case of embezzlement to use resources to attack my country”, denounced the National President.

To add seats to the long list of illegalities and aggressions against the country, in the extraordinary session on April 3, a de facto Permanent Council was convened to force decisions to act against the State. Twenty-three days later they repeated the script and sought to duplicate in the Homeland of Bolívar the persecution scenario they did on 1962 against Cuba, using the same hoax of calling a Meeting of Consultation of Ministers of Foreign Affairs.

As certified by the head of state, Venezuela promotes and will continue to promote integration spaces that develop the Diplomacy of peace, in order to strengthen bilateral relations of cooperation that characterize the country.

Only two years were enough to demonstrate to the OAS that this country fully exercises what is enshrined in the first article of its Constitution: “Venezuela declares itself Bolivarian Republic, irrevocably free and independent and bases its moral patrimony and its values ​​of freedom, equality, justice and international peace, in the doctrine of Simon Bolivar, the Liberator”.