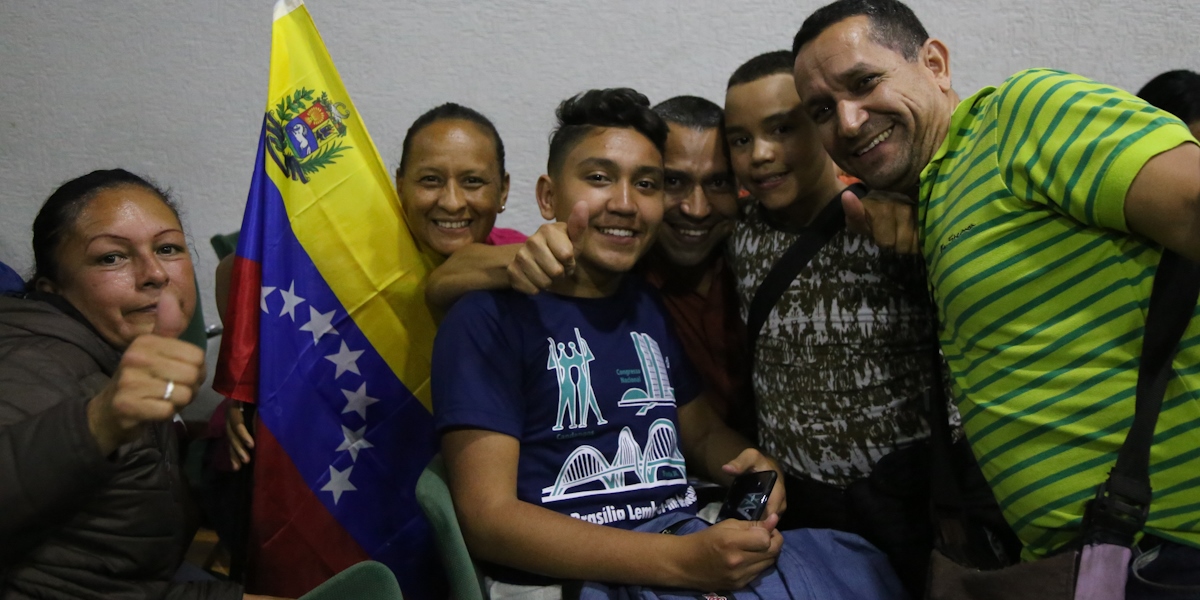 After a large number of Venezuelan migrants in the Republic of Peru manifested themselves in a situation of vulnerability due to xenophobia, labor exploitation and lack of opportunities to lead a dignified life, the Bolivarian Government gave an immediate response with the activation of a special day of the Plan Vuelta a la Patria, which took place this Saturday, April 13, to facilitate the safe and voluntary return of its citizens.

On this occasion, 270 compatriots returned to the Homeland of Bolívar, thanks to three flights made to Lima, Peru, by the Venezuelan airline Conviasa. In these three flights, health cases were prioritized, such as pregnant women, minors and elderly people.

Among the repatriated nationals who boarded the third flight were Miguel Hernández and Gilser Millán, a young couple who decided to return to Venezuela after a year and nine months living in Peru.

Hernandez said that his main reasons for returning were the labor exploitation that he lived in the carpentry where he worked, and he also said that he received a payment below the minimum wage. Situation that became more delicate when his wife was detected an ovarian cyst and could not afford the medical expenses of this disease.

For his part, the social communicator, Reny Sotillo, despite having all his apostille documents did not manage to pursue his career in Peru, and after a year of residing in that country he undertakes the return to Venezuela with his wife and two children.

He pointed out that “one goes out to look for opportunities outside, when the opportunities are found in our country. In Venezuela, if you, as a professional, want to do a diploma or a course, you save the necesary money and pay for it, but in the whole year that I lived in Peru I could not afford a single course, because the cheapest one was $200 and that’s a lot for someone who earns 300 dollars a month, and for that reason the Peruvian has so difficult access to education”.

Finally, Sotillo also denounced that there is a matrix of opinion that tries to demonize the Plan Vuelta a la Patria, which led him to want to record his own experience as a returnee with which he intends to make a report or documentary.