Strengthening multilateral and bilateral cooperation between the Republic of Turkey and the Bolivarian Republic of Venezuela, was the main theme of the work agenda discussed by Foreign Minister Jorge Arreaza and his counterpart Mevlut Cavusoglu during a meeting held by senior officials at the headquarters of the Turkish Chancellery in Ankara.

Through the Twitter account @jaarreaza the Venezuelan diplomat posted images of what the meeting was, while saying, “in Ankara we met with brother chancellor @MevlutCavusoglu.We review our multilateral and bilateral cooperation in different sectors. No one and nothing can prevent the links between Venezuela and Turkey to diversify and deepen”.

After the meeting ended, both diplomats offered a press conference to local and international media, an occasion that was propitious for FM Arreaza to emphasize that despite the economic and political aggression that crosses the South American country, President Recep Tayyip Erdogan and the Turkish people have extended their solidarity to Venezuela, with the promotion on different areas of cooperation vital for the development of the peoples.

“On our relations we have achieved a historic point, although we have 60 years of relations, in the last three years we have managed to strengthen the cooperation between Venezuela and Turkey”, said the Foreign Minister.

He added that the blockade and the persecution that the Venezuelan people are going through on behalf of the United States government is similar to that faced by Cuba, which is why, in order to stop the pretensions of the US empire, Venezuela will continue to deepen its bilateral cooperation relations with Turkey and other countries. Governments that respect international law as well as the self-determination of peoples to be free and independent.

Likewise, Foreign Minister Arreaza pointed out that the political relations between the Turkish and Venezuelan governments deepened with the visit of President Nicolás Maduro and Recep Tayyip Erdogan to each nation respectively, placing relations at a higher level.

For his part, Foreign Minister Cavusoglu was emphatic in pointing out that his government is opposed to foreign interventions that seek to depose legitimate governments, as is the case with Venezuela, which is why he expressed all his solidarity with the Venezuelan people.

“Turkey will always condemn the illegitimate unilateral sanctions that are imposed against any country, and Turkey rejects the unilateral coercive measures that are intended to be imposed on Venezuela”, he said.

Given the interference of the United States in relations between Russia and Venezuela, Cavusoglu said that “sovereign and legitimate countries must continue with their legitimate trade, a third country has no power to qualify or comment on our bilateral relations”. 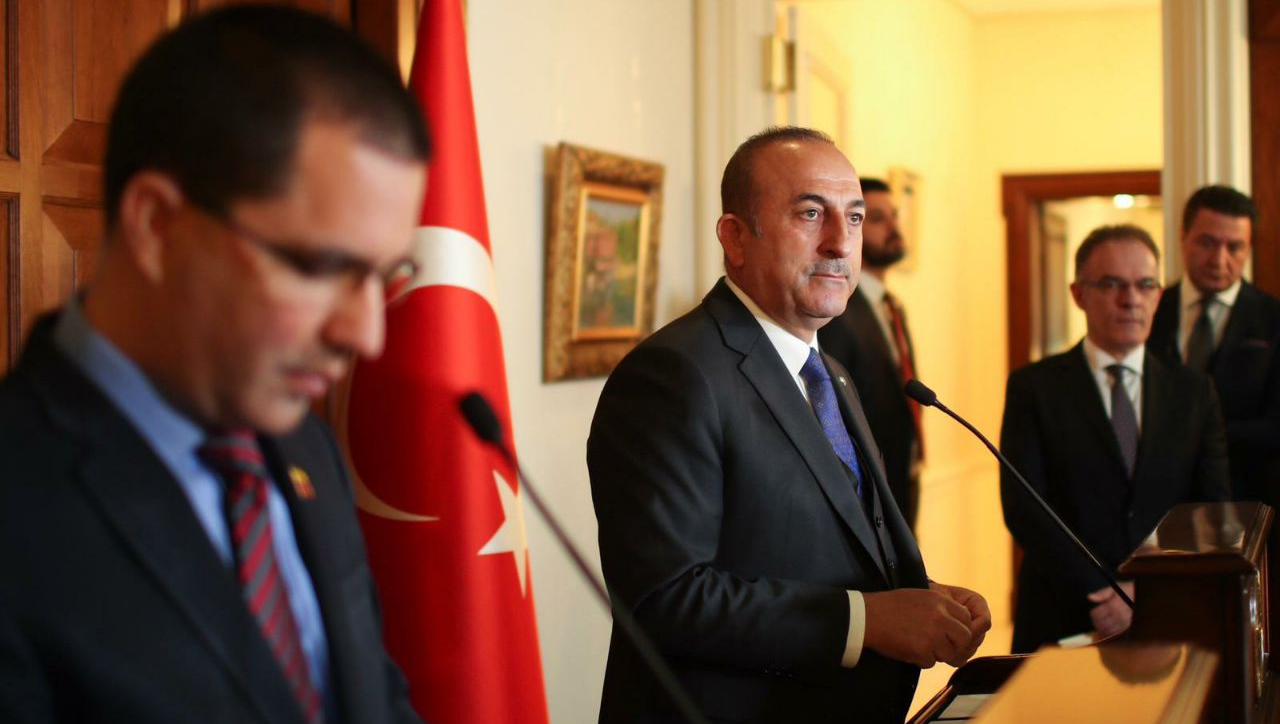