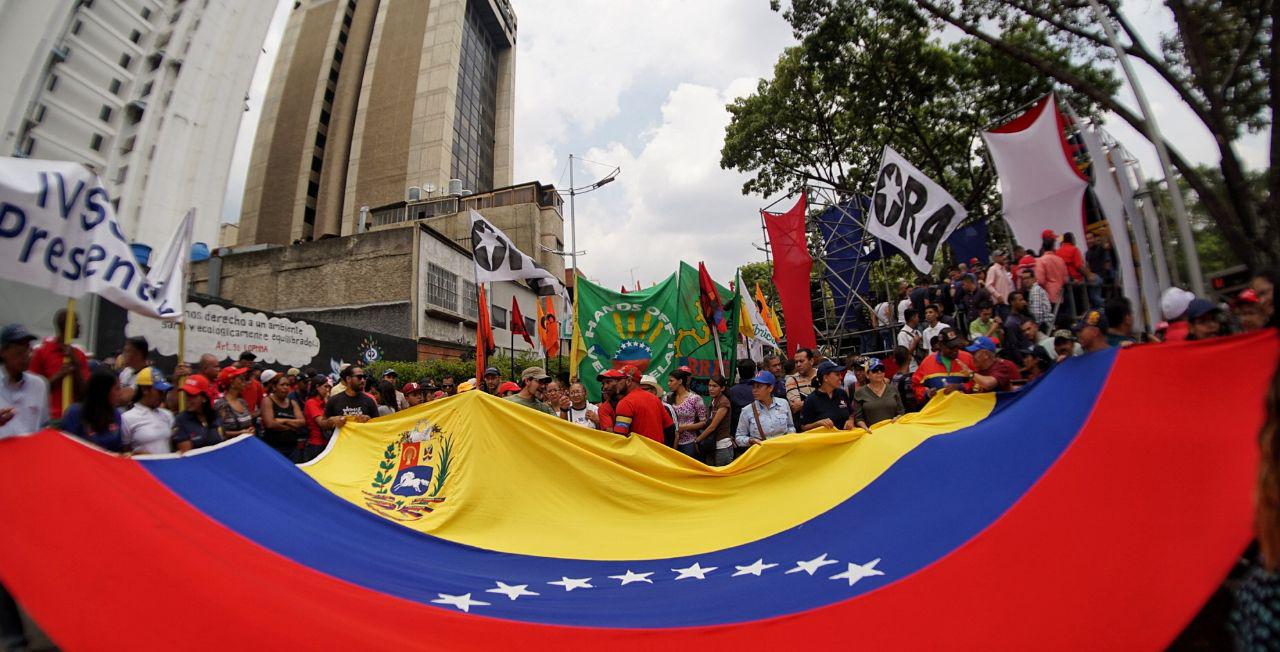 People of Venezuela mobilize in defense of peace and national sovereignty

In the framework of the Operation in Defense of Freedom, convened in recent days by the President of the Bolivarian Republic of Venezuela, Nicolás Maduro, the Venezuelan people are mobilizing this Saturday throughout the national territory in favor of peace and in rejection of the interventionist policy of the United States against the Latin American country.

“Today the Venezuelan people are mobilized throughout the national territory, within the framework of the Great Operation in Defense of Freedom, to say “NO” to imperial terrorism, and to defend the peace of our beloved Venezuela. Always Loyal, Traitors Never!”, Said the dignitary through his Twitter account @NicolasMaduro.

In the same sense, the head of State praised the conscience of the people of Venezuela who do not succumb to the “imperial aggressions”.

During the day, the president of the National Constituent Assembly (ANC), Diosdado Cabello, highlighted the cohesion of the Venezuelan population in defense of national sovereignty.

“The main thing here is the unity of our people, the popular mobilization, the organization and the disposition that our people have to face any situation that the right wants to impose on a people that has been attacked, threatened by US imperialism”, the legislator of Caracas said, where different points of view for capital mobilization were established.

The president of the ANC also rejected the “threats” of the United States government to Russia, China, Turkey and Iran for their cooperation ties with the Bolivarian Republic of Venezuela.

The administration of Donald Trump has intensified in recent months its hostile policy towards Caracas, adopting a series of unilateral coercive measures contrary to the most elementary principles of international law and the Charter of the United Nations.