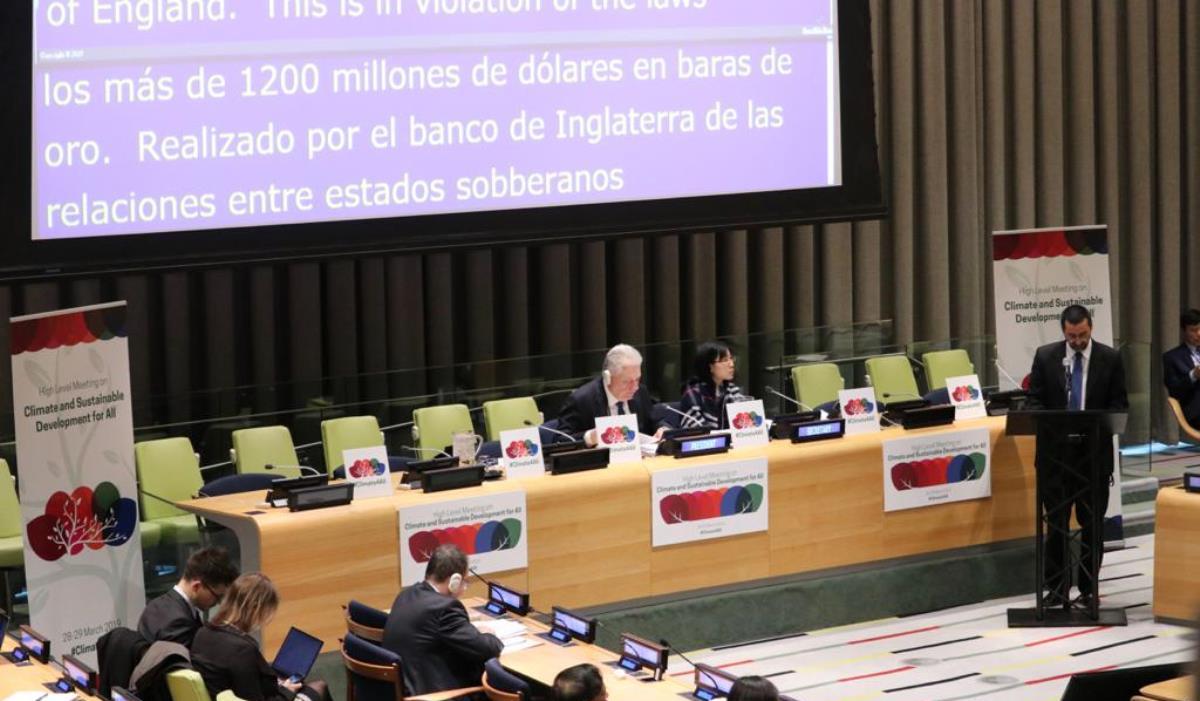 Venezuela denounces to the United Nations historic robbery of its assets

During a high-level meeting on climate and sustainable development, the alternate ambassador of the Bolivarian Republic of Venezuela to the United Nations (UN), Henry Suárez, denounced on Friday the application of unilateral coercive measures, the theft of financial assets, properties of the Venezuelan State in the United States for more than 30 billion dollars and more than 1200 million dollars in gold bars stolen by the Bank of England. In this sense, the Venezuelan diplomat said that these actions constitute a violation of the UN Charter and are developed with the sole purpose of causing suffering to Venezuelans and facilitate the overthrow of the constitutional government of the president, Nicolás Maduro.

“These acts must cease immediately. We must all commit ourselves to concrete actions, without discrimination or coercion, in favor of an inclusive and resilient work that reinforces the international commitment to the eradication of poverty and sustainable development”, he said.

During the activity, Venezuela reiterated its commitment to the United Nations Framework Convention on Climate Change, its principles, as well as to the Paris Agreement, while calling for concentrated efforts for developed countries to respond for their historic responsibilities in climate change, taking into consideration the principle of Common but Differentiated Responsibilities and the respective capacities, as well as the economic and social conditions.