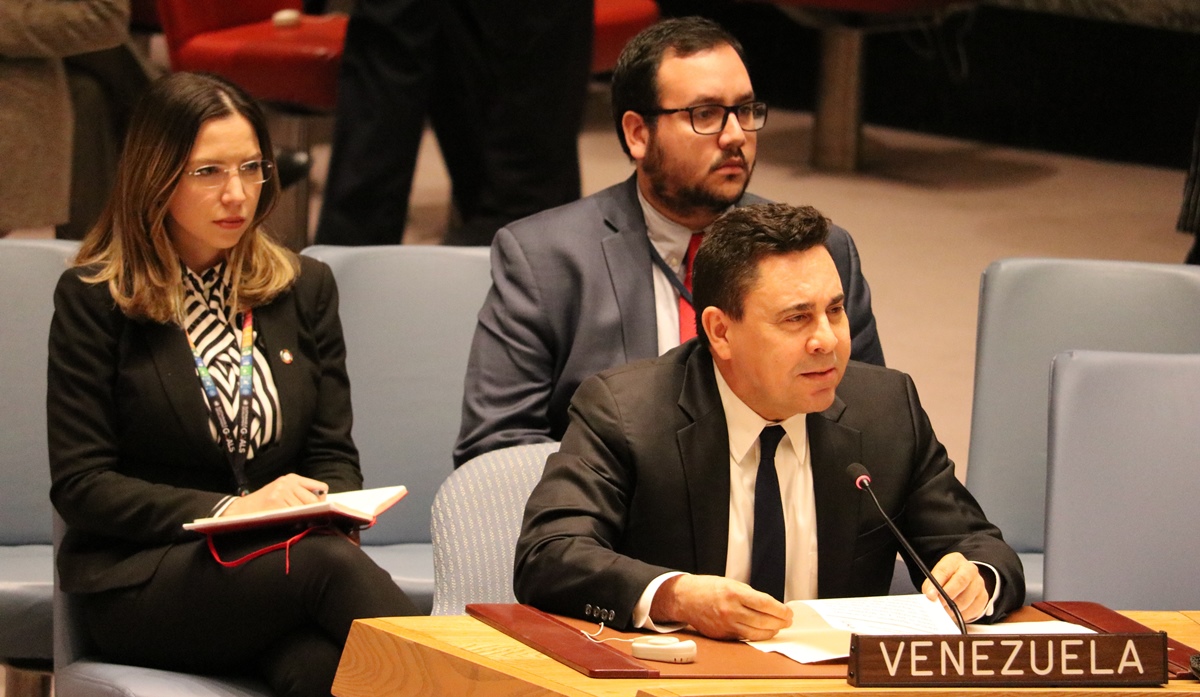 “We denounce to the international community that terrorist activities against Venezuela are planned, instigated, executed and financed, with resources that have been stolen from the nation as part of a campaign of aggression that has the support of foreign powers whose policies and practices represent a threat to peace and security as for international community as well for my country”, said Ambassador Moncada during the open debate of the Security Council on preventing and combating the financing of terrorism.

Finally, the Permanent Representative of Venezuela to the UN asked the United Nations agency to categorically reject the use of political terrorist practices against our legitimate institutions of government.