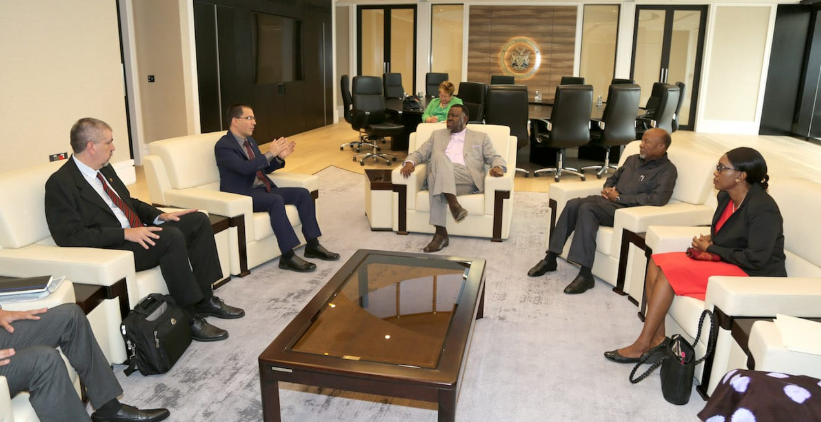 In the midst of a tour of the African continent, the Foreign Minister of the Bolivarian Republic of Venezuela, Jorge Arreaza, held a meeting on Thursday with the President of the Republic of Namibia, Hage G. Geingob.

The meeting gave rise to a strategic dialogue between the parties, during which the map of bilateral cooperation was reviewed.

The Venezuelan Diplomat, who was accompanied by the Vice-minister of Foreign Relations for Africa, Yuri Pimentel, thanked the support of the Namibian Executive and the Southern African Development Community (SADC) for peace, international law and President Nicolás Maduro.

Previously, FM Arreaza with his delegation was received by the vice president of Namibia, Nangolo Mbumba.

In this meeting, the state of bilateral relations and the steps to increase the exchange between the two nations were evaluated.

The Bolivarian Republic of Venezuela and the Republic of Namibia have signed a series of bilateral agreements through the programs “Sponsor a School” and the Gran Mariscal de Ayacucho Foundation (Fundayacucho), which have provided support to the Namibian people in the social and educational sector.

Minister Jorge Arreaza intervened in recent days at the Conference of Solidarity with Western Sahara, which was held in Pretoria, South Africa.