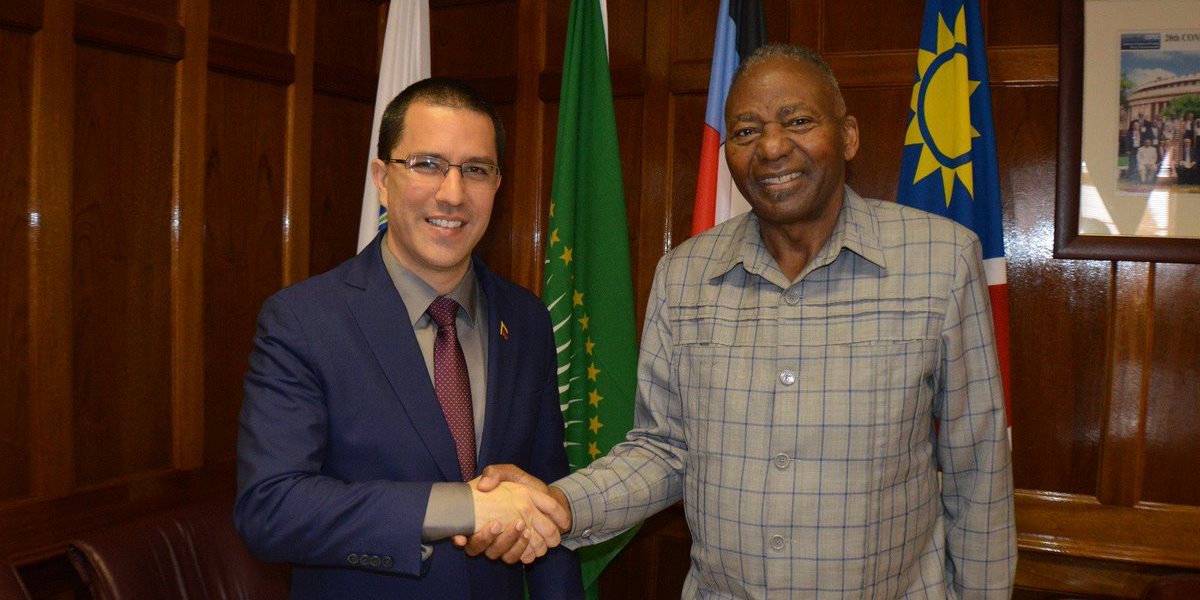 A delegation from the Bolivarian Republic of Venezuela led by Foreign Minister Jorge Arreaza held a meeting on Thursday with the President of the Parliament of the Republic of Namibia, Peter Katjavivi.

The political consultations focused on support for Venezuela’s sovereignty and non-interference in its internal affairs.

The gathering was preceded by the meetings held by FM Arreaza and his delegation with the president and vice president of Namibia, Hage G. Geingob and Nangolo Mbumba, respectively.

In the talks with the Namibian leader, the Venezuelan diplomat thanked the support of his government and the Southern African Development Community (SADC) for peace, international law and towards President Nicolás Maduro.

Minister Arreaza traveled to Namibia after his visit to the Republic of South Africa where the Conference on Solidarity with Western Sahara was held on Tuesday.