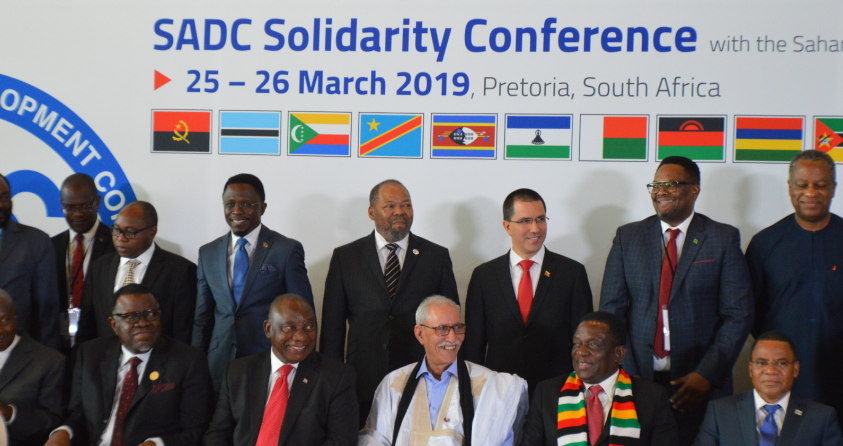 In the framework of the Conference of Solidarity with Western Sahara held in the Republic of South Africa, the Foreign Minister of the Bolivarian Republic of Venezuela, Jorge Arreaza, highlighted the relevance of multilateralism as a policy to face the arbitrary decisions of governments that seek to impose their will to meddle in internal affairs and attack the self-determination of peoples.

This assertion was made by the Venezuelan Foreign Minister during his speech at the aforementioned conference, who referred to the conflict that the Saharawi people are going through.

That is why for FM Arreaza, the Conference of Solidarity with Western Sahara, constitutes “a palpable proof of the benefits of advancing in the solutions of international problems on the premises of multilateralism”, because in his opinion, in times where some States intend to violate international law, it is necessary to promote dialogue, cooperation and respect for the sovereignty of peoples.

The Venezuelan diplomat also exposed the voracious attack of which the Venezuelan people is victim to whom an economic and financial blockade have been imposed accompanied by a threat of military intervention by the Trump Administration, which has the support of satellite governments.

In this regard, Arreaza highlighted the importance and position assumed by the Southern African Development Community (SADC) of non-intervention in internal affairs and respect for the principles established in the Charter of the United Nations.

“Only with peace and dialogue will our people reach prosperity, and that is the path we have set out for and together with the peoples of the south will achieve self-determination, as it happened 31 years ago in Angola, together we will always win”, Arreaza said.