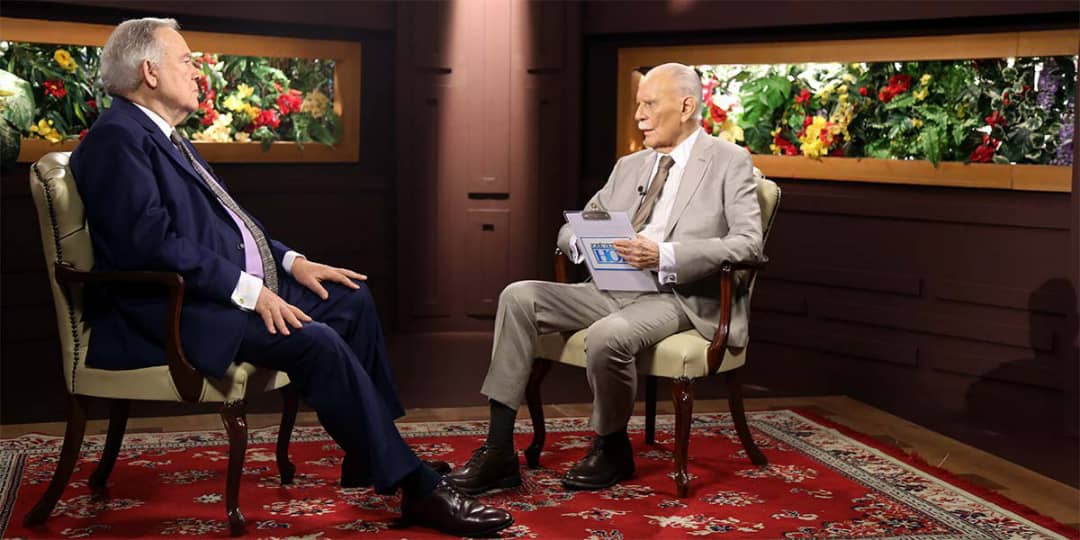 During an interview conducted by the journalist José Vicente Rangel, the ambassador and also general director of the Institute of Higher Diplomatic Studies “Pedro Gual” (Iaedpg) of the People’s Power Ministryfor Foreign Relations, Roy Chaderton, assured that “like the rest of the regional community, Venezuela has been the victim of a scam”, this in reference to the policies undertaken in recent years by the neighboring Republic of Colombia.

On this subject, Chaderton commented that most of the right-wing leaders seem to come out from the same place. He indicated that they are frivolous people who feel contempt for the history of the Venezuelan people.

“Regarding the proliferation of leaders of the continental right, everyone seems to come out from the same beauty salon, all well fashioned and dressed up, thinking of Marco Rubio, thinking of Peña Nieto (…) we are talking about frivolous, perverse people, bad people, who feel contempt for us, for our resources, for our history”, he said.

He also pointed out that the Colombian government maintains a complacent and privileged position with the government of the United States. “Today Colombia is committed to the Trump policy, not in vain has 8 military bases”, the diplomat said.

Chaderton acknowledged on Sunday that there is a willingness on the part of the Colombian administration to break into Venezuela and that in the face of that threat, the Venezuelan government must respond firmly.

“They have a desire, but they do not dare. I do not see the Colombian military following those orders, but it can happen (…) then, the response blow from us, must be hard, must be forceful”.

On that point, he took the opportunity to denounce that Colombia is one of the countries with the largest production of cocaine in complicity with the United States. And that is paradoxical, that these two countries “intend to punish third parties”, while continuing their lucrative business.

In that same order of ideas, the Diplomat affirmed that both Duque’s and Trump’s policies towards Venezuela have been a policy of failure.

“They should be used to be losing wars, because there are some in history, disappointing for them”.

On the actions of President Trump, he expressed that “he is a bully, a provocateur. This man is behind the vassals (…) that have been chosen as Colombian leaders”.

“On February 23 I was impressed, I remembered the times of the Chinese cultural revolution. And suddenly I see in the show (…) I see the yellow cap leader, I think it was Almagro and the President of Chile, Duque was also there (…) the show was the assault on Venezuela, it was an action of war. But it did not give them the expected result, they failed”, Chaderton added.

Ambassador Chaderton also criticized the position of the Colombian media, who have placed themselves on the agenda to attack Venezuela under an intense media campaign.

“Colombian television for years has had a fierce media attack (…) a campaign against Venezuela, by the three big chains: RCN, Canal Uno and Caracol (…) we must see what it is to sow hatred”, he complained.

Position of the Venezuelan people and the FANB

Regarding the people in arms, the militia in this case, he said “even in the case that the team fails or the invaders achieve to harm the military. We still have the militia. The militia means having a country from end to end, bristling with rifles and shooters, it is not going to be easy to get into Venezuela”, said the Ambassador.t

On Trump’s plans for Venezuela, the diplomat said that something must be prepared by the United States government.

“The lastname Trump is very similary to the word trap. So I know that the empire must be preparing something (…) they are script repeaters. So they can repeat experiences put into practice in other countries such as: Libya, Iraq, Afghanistan or Vietnam (…) is not easy, but it is better to be alert”, he said.

Finishing the interview, Chaderton commented that he has enormous confidence in Venezuela. He reminded the Venezuelan people that “we can not choose between winning or dying, necessary is to win”, an important phrase of the great hero José Felix Ribas.