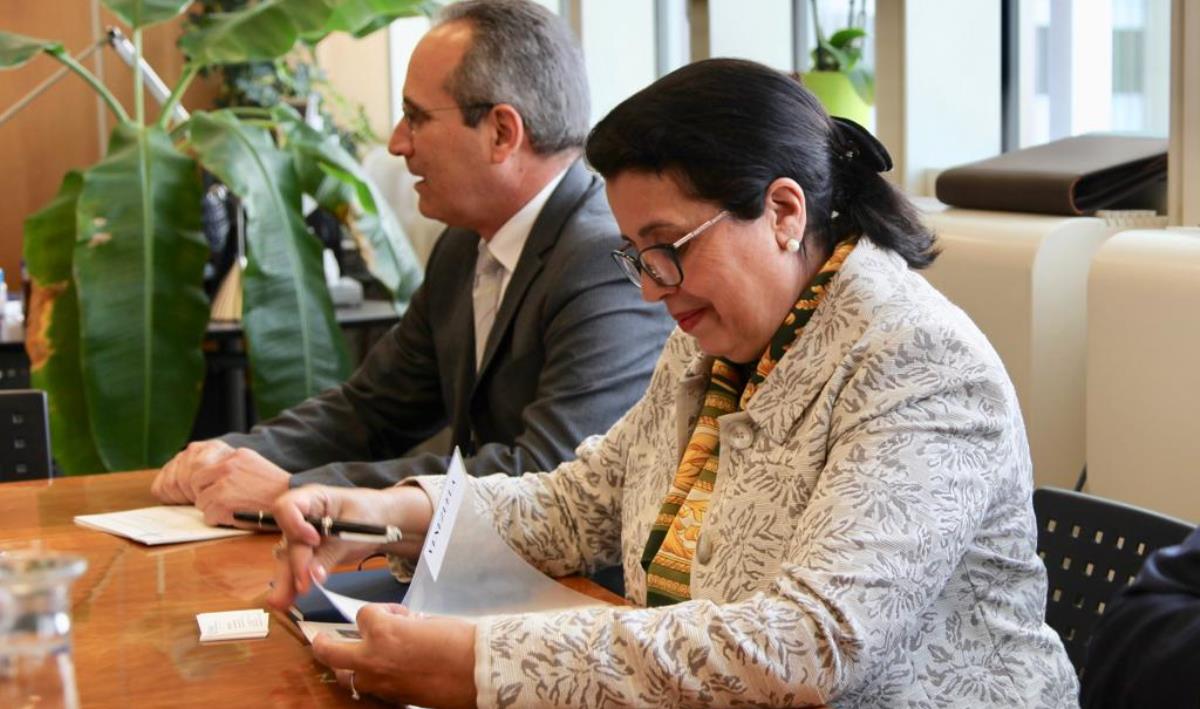 On Thursday, the Foreign Minister of the Bolivarian Republic of Venezuela, Jorge Arreaza, held a high-level meeting with the Director of Nuclear Applications of the International Atomic Energy Agency, Najat Mokhtar. During this meeting both representatives talked about the pacific applications of this energy.

Similarly, Foreign Minister Arreaza expressed the interest of Venezuela in strengthening ties of cooperation with this international organization.

Both representatives laid the foundations for the consolidation of a future energy cooperation. With this new strategic alliance the Bolivarian Government expresses its commitment to strengthening the energy sector, which would help guarantee the optimization of the electric service in the country.

It should be noted that this meeting is part of the agenda maintained by the Venezuelan diplomat in Vienna, Austria, where he participates in the Ministerial Segment of the 62nd session of the Commission on Narcotic Drugs (CND) of the United Nations Office Against Drug and Crime.