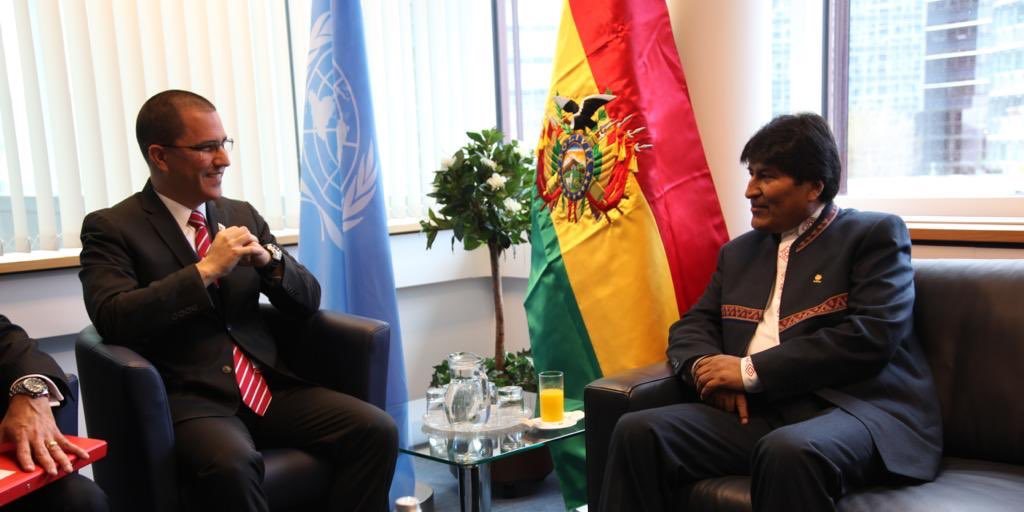 Within the framework provided by the Ministerial Segment of the 62nd Period of Sessions of the Commission on Narcotic Drugs (CND) of the United Nations Office on Drugs and Crime (Onudd), the Foreign Minsiter of the Bolivarian Republic of Venezuela, Jorge Arreaza, held an important meeting on Thursday with the president of the Plurinational State of Bolivia, Evo Morales.

The bilateral meeting, held in Vienna, allowed the parties to evaluate the common agenda and deepen the relations of friendship and cooperation maintained by both South American countries on the basis of mutual respect and complementarity.

Venezuela and Bolivia have consolidated a close bilateral alliance over the last decade, which has resulted in the signing of a series of bilateral agreements for the benefit of the two peoples.

Recently, the Venezuelan National Constituent Assembly approved a constituent agreement by which President Evo Morales was declared as Illustrious Son of the Bolivarian Republic of Venezuela.