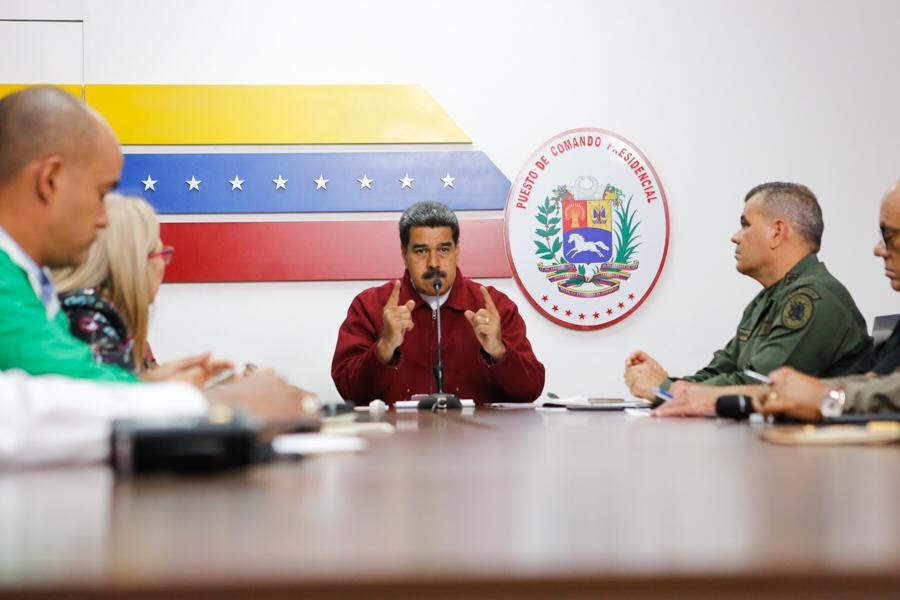 “On Monday the former US charge d’affaires, James Story, was formally notified that Venezuela closed negotiations in Venezuelan territory for the establishment of an Interests Office”, reported on Tuesday, the president of the Bolivarian Republic of Venezuela, Nicolás Maduro, in a meeting at the Presidential Command Post.

In the same way, the diplomatic personnel that exercised functions in the US embassy, ​​currently fulfills a period of 72 hours, to leave the country, following the decision of the Bolivarian Government.

The head of state said that the negotiations will only be resumed if the Trump government decides to start a dialogue process in accordance with the provisions of the Charter of the United Nations and through the multilateral organization.

He said that relations of respect and peace with the US government are necessary to promote approaches that change the political, diplomatic and commercial course between both countries, “I believe in the negotiation because I believe in diplomacy and peace, for now the negotiations are closed (…) but I want the United States to have an office of interests in Venezuela that handles all its consular, commercial, and energy matters sooner rather than later and I want Venezuela to have an office of interests in Washington to attend to all our affairs in the United States (…), I do not lose hope.

I also congratulate James Story for his work as the US Chargé d’Affaires in Venezuela, I have the best references of him”, he said.

The National President argued that the Trump government was using this initiative proposed by the Bolivarian Government to develop new coup strategies, “to set up a trap, a false flag”, he said.

He made it clear that the declarations of Elliot Abrams represent a direct threat to Venezuela’s sovereignty and its security, “John Bolton and Elliot Abrams are people of warlike mind, of the war Iraq, of Afghanistan, of Syria, come from the Central American War in the 80s, they are capable of any crime to justify an invasion, for now the negotiation is closed, they leave (…) I ratify my interest and my desire to continue these negotiations but in New York, in the United Nations”.