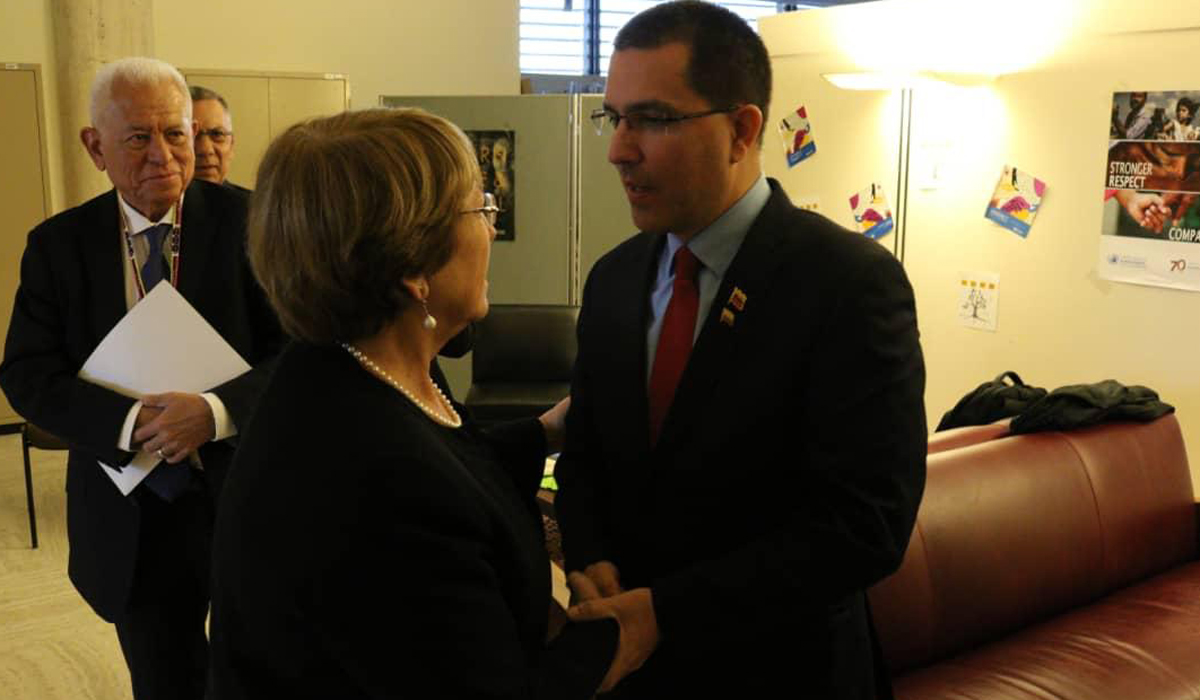 With the purpose of denouncing the harmful effects generated by the unilateral coercive measures imposed by the US government on Venezuela, this Wednesday, from the headquarters of the United Nations (UN), in Geneva, the Foreign Minister of the Bolivarian Republic of Venezuela, Jorge Arreaza, held an important meeting with the High Commissioner for Human Rights of the multilateral organization, Michelle Bachelet.

The Foreign Minister extended his concern regarding the continuous and direct threats of military intervention, received from Washington, because he considers that a war could bring countless human losses and structural damage to the country, however, he also denounced the mobilization of US troops Towards the Caribbean and the purchase of weapons in countries of Eastern Europe with the aim of arming the Venezuelan opposition.

It is important to note that the blockade of the Venezuelan State’s transactions and resources in the international arena has made it impossible to acquire basic goods to satisfy the needs of the Venezuelan people, mainly in terms of health and nutrition, for this reason the national government has established other commercial mechanisms with allied countries to serve the population.

During the last two years nearly 60,000 million dollars of the Venezuelan State were blocked, to this figure are added another 1,200 million dollars blocked in the Bank of England and 1,400 million euros retained by the company Euroclear, among tens of thousands of millions dollars retained in international banking.

The Foreign Minister reiterated to the High Commissioner for Human Rights, Michelle Bachelet, the invitation to the South American country, so she can witness the reality of Venezuela herself, without media fences and in absolute freedom.