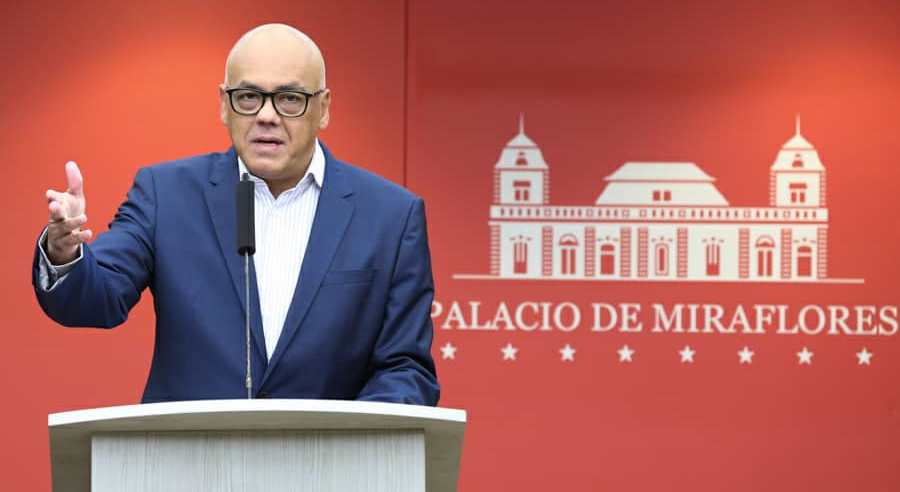 Jorge Rodríguez: The supposed humanitarian aid was an aggression against Venezuela

The sectoral Vice-president of Communication, Tourism and Culture, Jorge Rodríguez, informed on Sunday that the intention of the opposition on Saturday, February 23, was to assassinate the people who daily cross the Colombian-Venezuelan border.

In his recent statements made from the Miraflores Palace, he showed videos of the destabilizing actions promoted by the far right under the orders of the Donald Trump government on the border.

“Do not lie anymore, yesterday’s operation was running over people with armored tanks (..) What kind of human being has the self-confidence to see the death of people as an investment? That was yesterday’s nature, the hoax of ‘humanitarian aid’: it was just an aggression against Venezuela”, Rodriguez said.

Similarly, reaffirmed the illegitimacy of the alleged government of the deputy of the National Assembly (AN) in contempt, Juan Guaidó, who proclaimed himself “president in charge” of the country, being the leader of expressing false flags and guarimbas, in the border area, under the orders of the US administration.

“The people, the Bolivarian National Police, the Bolivarian National Guard defended the right to peace and the dismantling of false flags operations in the Simón Bolívar International Bridge, which attempted to undermine citizen tranquility as part of the plans protected by the US Government against Venezuela”, explained the Sector Vice President.

He also denounced the Government of Colombia and its president Iván Duque for being complicit in these destabilizing acts that took place yesterday at the Colombian-Venezuelan border.

For his part, the People’s Power Minister for Communication and Information also highlighted that the International Red Cross denounced that the “humanitarian aid” that the US wants to enter to Venezuela with the complicity of Duque’s government, did not comply with the basic principles of aid and opposition groups beared the distinctive of the organization in an irregular manner.

Finally, he reported that members of the right were those who burned a truck with the supposed “humanitarian aid” they wanted to send to Venezuelan territory.