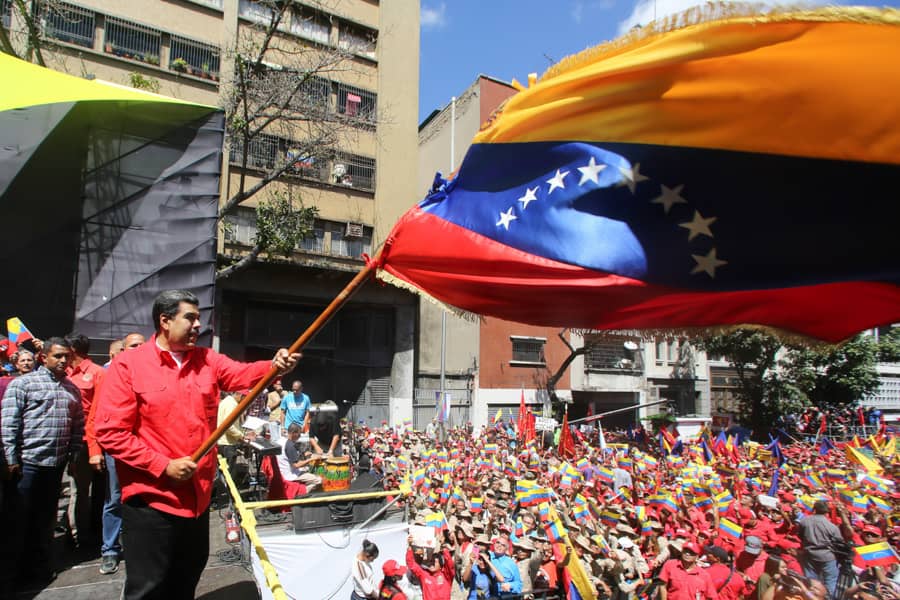 The president of the Bolivarian Republic of Venezuela, Nicolás Maduro Moros, announced on Saturday that he broke relations with the people of Colombia and granted a period of 24 hours for the diplomatic corps of that nation to leave the homeland of Bolívar.

“We are going to guarantee peace on the border, sovereignty. I have decided to break all political and diplomatic relations with the fascist government of Colombia. I give your diplomatic representatives 24 hours to leave the country! Get out of here, oligarchy. Enough is enough”, he said.

After his participation in the concentration in defense of peace and national sovereignty, the Head of State said he will always remain loyal and firm with the Venezuelan people in any battle that wants to end the Bolivarian Revolution.

“Count on Nicolás Maduro Moros to be loyal to this battle, which the people are giving for dignity. I am harder than ever, standing, ruling this country now and for many years”, he reiterated.

In the same way, he pointed out that the guarimberos (demonstrators) who tried to disturb the Colombian-Venezuelan border against the interventionist pretensions that want to bring a war in the country have already been identified.

“Yesterday and today they made a show and they have disturbed the life of the noble people of the border, they have taken the guarimba to the town of San Antonio. They assaulted a Chilean journalist and a police officer”, he complained.

Also, the National President stressed that they will place these people who attacked the tranquility of the border areas under justice.

“We’re going to look for them and we’re going to put them in jail. Guarimbero who comes out, guarimbero that goes prisoner. Venezuela is a noble people that has the right to build its own destiny according to the Constitution and its Laws, Venezuela won its Independence by blood and fire”, said the president.

Finally, President Maduro said that the hatred that the president of the United States, Donald Trump, feels against Venezuela is very great.

“What Trump wants are the immense riches that we have in Venezuela and wants to end the beautiful Revolution of the 21st Century”, he said.