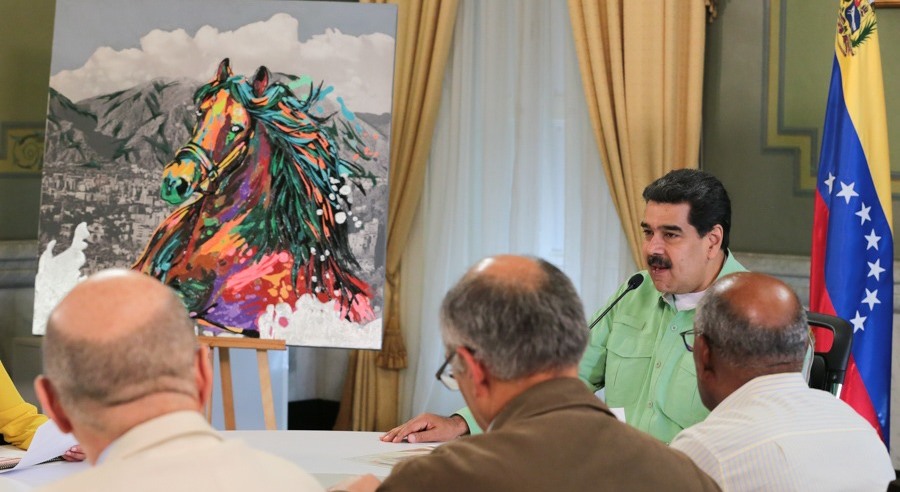 Venezuela coordinates technical assistance from the European Union through the UN

The President of the Bolivarian Republic of Venezuela, Nicolás Maduro, informed that on Thursday Venezuela accepted the offer of Technical Assistance offered by the European Union (EU) through the United Nations Organization (UN).

During a working day with the health sector, the national president pointed out that the objective is to strengthen the supply of medicines and medical equipment in the country, for which “a request was made for 2,000 million dollars for financing and also for a important list of medicines”.

Earlier, the vice president of the Republic, Delcy Rodríguez, said that the supposed humanitarian aid promoted by the imperialist government of the United States “is a farce”.

In statements offered from the headquarters of the Vice Presidency of the Republic, she also detailed the delivery figures of the Local Supply and Production Committees (Clap), which are significantly higher than what the Venezuelan opposition, protected by the United States, intends to enter with the help of “puppet” governments such as Colombia, Brazil and Chile.

Last Monday the Dignitary had already advanced the support offered by several countries of the world through the UN, to ensure that the necessary supplies reach the national territory.

In that context, she said, “we’ll worthily pay, dollar by dollar, euro by euro, everything that comes to Venezuela.

We are not beggars of anyone! We are not going to make the honorable Venezuelan become a Venezuela of beggars, kneeling, we will not accept it”.