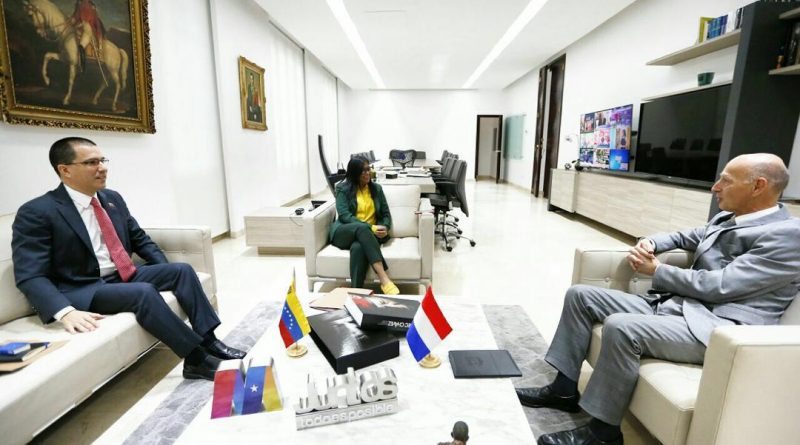 Ambassador of the Netherlands delivers diplomatic note to the National Executive

The Executive Vice President, Delcy Rodríguez and the Foreign Minister of the Bolivarian Republic of Venezuela, Jorge Arreaza, held, this Thursday, a meeting with the Ambassador of the Netherlands, who delivered a diplomatic note related to the measures taken by the Bolivarian Government to close the border of Venezuela with Curacao, Aruba and Bonaire.

The Vice President stressed that “the delivery of the diplomatic note and the meeting was made within the framework of respect for the Constitutional Government of President Nicolás Maduro, and framed in international law”.

The meeting served for the two nations to talk about the refineries that Venezuela has on both Islands of Curaçao and on the Island of Aruba.

On the other hand, they also received the International Contact Group of the European Union (EU) and representatives of Uruguay.

“There we were extensive in the explanation of the constitutional framework and content of Venezuela, the articles that support our constitutional functioning, our rule of law, the legitimate authorities of the country, a single President, President Nicolás Maduro”, explained the Vice President.