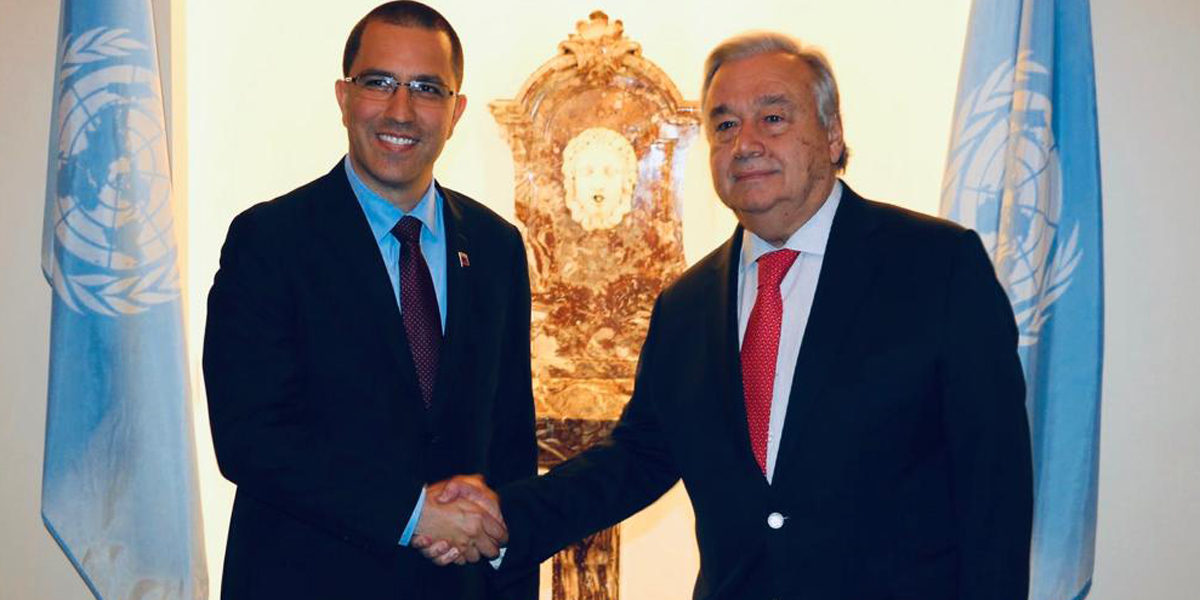 Venezuela deepens cooperation with the UN

From the residence of the Secretary General of the United Nations Organization (UN), in New York, the Foreign Minister of the Bolivarian Republic of Venezuela, Jorge Arreaza, held an important meeting with António Guterres.

It should be noted that both sides agreed to deepen the cooperation between Venezuela and the UN.

In this sense, the Head of the Bolivarian Diplomacy highlighted the importance of multilateralism as a space to overcome the problems that attack the Venezuelan economy.

“It is necessary then, that multilateralism in this case, overcome any impact of the unilateral attacks and so can we prepare ourselves with a much greater strength”, added the Diplomat.

Through his Twitter account @jaarreaza, the FM said that this meeting strengthens multilateralism and the principles defended in the UN Charter.

Similarly, Minister Arreaza expressed his pleasure at the meeting. “I am happy that Venezuela is at peace (…) it has really been a very good meeting”, he said.

It is important to note that the meeting was framed in deepening cooperation in the South American country, under the principle of non-intervention and the right to self-determination of peoples as established in the Charter of the United Nations.

This is the second meeting that both representatives have held so far in 2019. 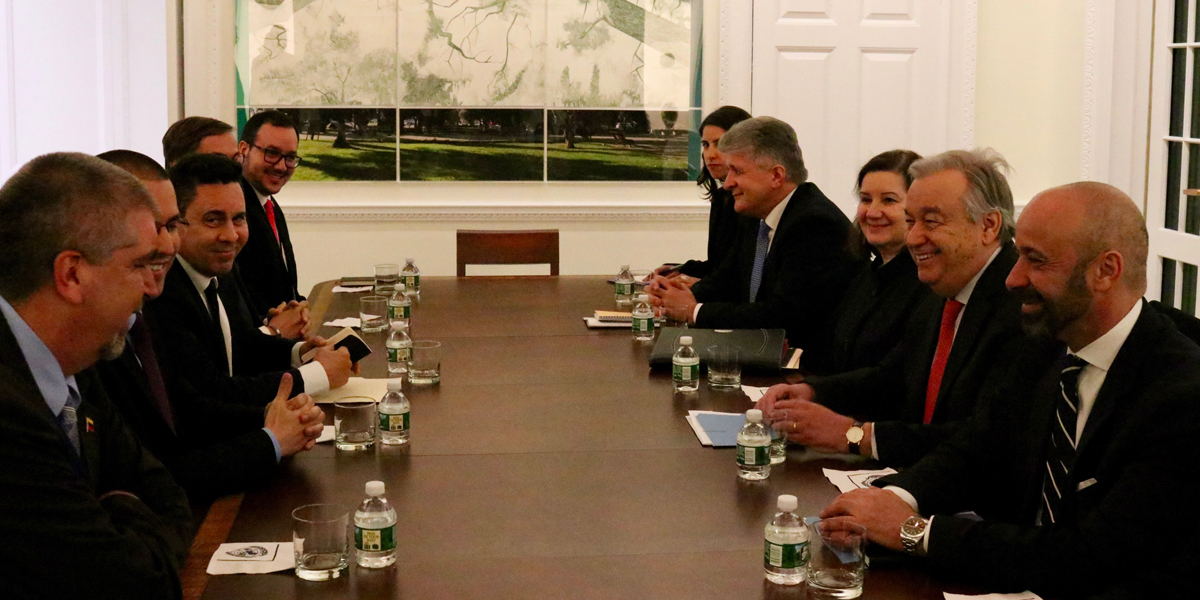