President Nicolás Maduro holds meeting with intellectuals of the world

On Monday, in the framework of the commemoration of National Day of Dignity and the 27th anniversary of the military rebellion of the 4F, the President of the Bolivarian Republic of Venezuela, Nicolás Maduro, meets with intellectuals and international guests, in the spaces of the Yellow House, headquarters of the Venezuelan Foreign Ministry in the company of Executive Vice President Delcy Rodríguez and the People’s Power Minister for Foreign Relations, Jorge Arreaza.

“27 years of the historic rebellion of Hugo Chavez (…) today more than ever is in permanent rebellion”, said the President.

During his speech, the Head of State emphasized the situation in the country “we are developing a battle for our country as a Republic, Venezuela has never been subjected to a pressure such as this time”, he said.

In Venezuela there will be no interventionism, nor a consolidated coup, there will be no war in Venezuela; the peace will win, we will return to triumph by a single path, peace with justice”, said the head of state before the new war threats of the US government.

Last Sunday the president of the USA, Donald Trump reiterated to contemplate a military option against Venezuela. In this regard, President Maduro rejected the threats and ratified the peace character of the region, especially Venezuela.

“It’s crazy to talk about war in this 21st century, a madness Mr. Donald Trump, to even think that he will send his army to this land that has who to defend it”, he said.

He also rejected the war statements of other high-ranking US officials. He reported that the Security Adviser, John Bolton; Vice President Mike Pence and Secretary of State Department Mike Pompeo support a campaign through the digital networks to call for violent actions against the Venezuelan State, as well as using this means to instruct opposition spokespersons.

“On Twitter they give orders of when to go, where to go, what to do, what to announce, what to say. On Twitter John Bolton calls for a military uprising to overthrow the Maduro government (…) John Bolton is a crazy extremist involved in all the dirty operations of the last 40 years of the US empire in the world”, he warned.

At the same time, Maduro lashed out at those who say they want to help Venezuela with supposed humanitarian aid, to unblock the accounts to buy medicines and food, before the billions, which the world’s financial systems have repressed from the National Government to acquire what the population needs.

“With the show that Venezuela needs humanitarian aid, and that we must beg because we can not, on the contrary, we are not going to beg for anything from anyone, Venezuela can”, he said.

He stressed that it is a macabre move to block billions of dollars in the world, that pursue financially and then say “they want to send humanitarian aid, why they did not send that aid to Puerto Rico, leaving it alone after the hurricane, because The only thing they want is to humiliate the people of Venezuela”, while stressing that they will not allow their nation to be humiliated.

Faced with the agenda of violence and discrediting campaign promoted by the imperial axes and the Venezuelan right, the revolutionary forces must have an offensive agenda in which the truth and the social struggles that are developed in the country as part of the National Government are known, indicated Monday the president of the Bolivarian Republic of Venezuela, Nicolás Maduro.

“They have a war of communication, psychological warfare, terror and every day they look for a topic. The other day they they invented a topic that we were kidnapping Venezuelan children. They direct it to a segment of the population to stimulate the madness, the coup, the desire for revenge, violence and direct it to the world. That is the communication agenda, their policy. We go out to tell the truth, to defend ourselves. We need an agenda on offense. The political struggle, the social struggle, the struggle for the truth. It is a daily, permanent struggle”, said the head of state.

Given this situation, the Cuban intellectual and president of the Office of the Martian Program, Abel Prieto, pointed out that what these interventionist threats have as a fundamental objective is to destroy the union of the region and resume the fascist policies of the 20th century.

“Here the fate of the entire region and the fate of all causes worthy of being defended on this planet are being played. Here is the first trench against a kind of reconfiguration of fascism. You see the picture and a neo-fascist, xenophobic offensive is really restructuring”, he stressed.

On the other hand, the Chief Executive urged Venezuelans to collect at least 10 million signatures from this Wednesday throughout the country, to demand the US government, to cease their interventionist actions towards the Homeland.

“We are going to start a national work day with a central document addressed to the people of the United States and the president of that nation. It will be a document demanding that international law be respected”, said the Head of State during the meeting with intellectuals from various parts of the world from Casa Amarilla in Caracas.

President Maduro also invited all the political sectors of the nation to the national dialogue for understanding and reconciliation.

“On Wednesday, February 6 and Thursday, February 7, the first day of the conference for peace and dialogue in Venezuela will be held, convened by the governments of Uruguay, Mexico, Bolivia and the 14 countries of Caricom”, he said. 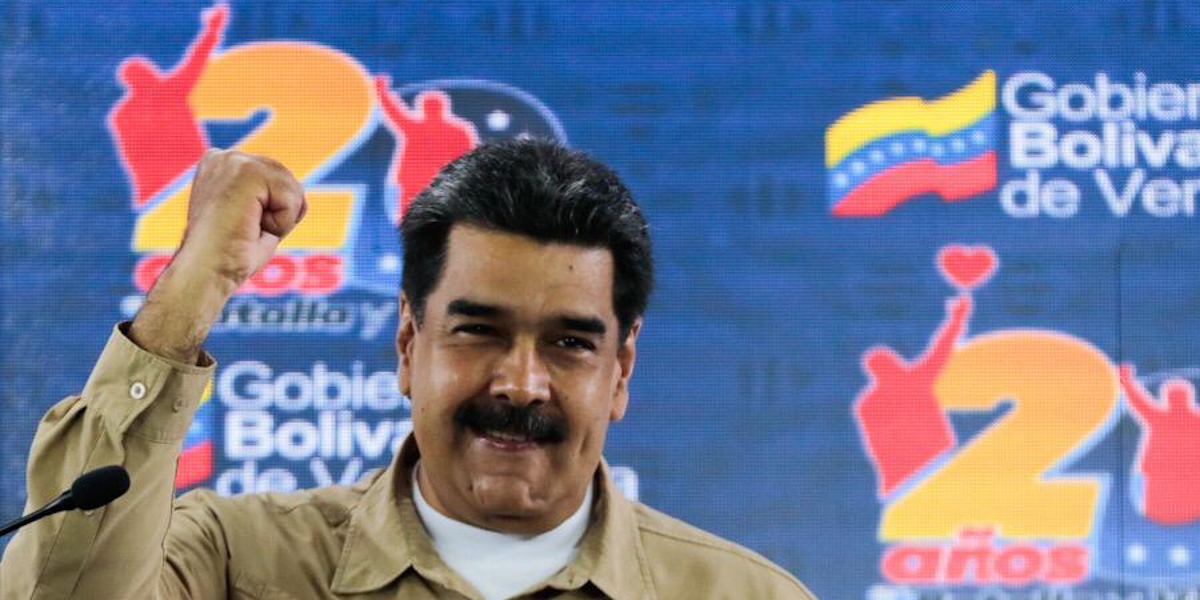