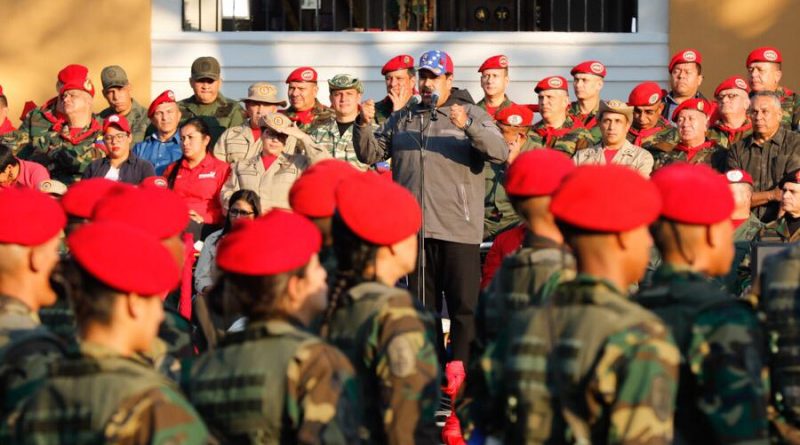 “We know that we have pending accounts for the future for independence, development and economic prosperity of Venezuela, and that is why we should not lose a second, to advance addressing the problems of our people”, said the president of the Bolivarian Republic of Venezuela, Nicolás Maduro.

During the commemoration of the 27 years of the civic-military rebellion on February 4, from the Páez barracks in Maracay, Aragua state, he assured that “No false proposal of humanitarian aid,can be made to Venezuela, Venezuela is called to work We are not beggars; we reject the bad and cheap show that the oligarchy does”, at the same time that he rejected the military threats of the government of the United States against the Homeland “that is a noble country”.

“I can tell the people of Venezuela that we are not going to give up our Homeland, we are never going to surrender the Republic’s flags to imperialism. This people will never surrender, this is the land of Bolívar”, said the Head of State.

He asked those present “nerves of steel, calm and sanity, great moral strength, conscience and mobilization so that each person fulfills his mission”.

Also, the National Head of State informed that as of next Wednesday a great day will begin to gather signatures and deliver them in the White House, rejecting the intervention.

“Venezuela calls on the decent and independent governments of the world to declare their rejection of the threats that Donald Trump made yesterday against the nation. Venezuela is a sovereign, free and independent country and belongs to our people”, he added.

Also, Maduro swore as legitimate and Constitutional President of the Bolivarian Republic of Venezuela, to be loyal to the dreams of independence and dignity of this country.