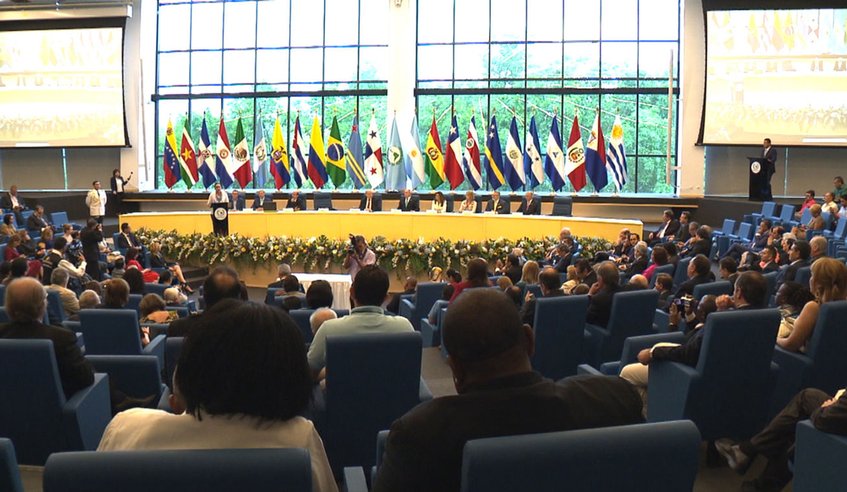 The Latin American and Caribbean Parliament (Parlatino) rejected on Tuesday any type of foreign intervention, direct or indirect, in the internal affairs of Venezuela.

The Panamanian deputy, Elías Castillo, through a signed declaration, indicated that Parlatino placed at the disposal of the parties in conflict all their institutional capacity “to achieve social peace, the basis of integral and sustainable development, with progress, social justice and in full democracy, which is the power and authority of the people”.

The deputy urged the dialogue for the common good of the Venezuelan people, committed to the ethical values ​​of universal validity on ideological and partisan considerations, reported Prensa Latina.

The regional institution repudiated “any act of violence that threatens the life, physical integrity and human rights of people in that country”, and called on the regions to collaborate with Venezuela in the search for solutions “for the economic, social and internal policy that afflicts it”.

The document, also approved by the General Secretary of Parlatino, the Uruguayan deputy Pablo Gonzaléz, added that the body is governed by the Treaty of Institutionalization ratified by regional parliaments, including Venezuela.

In the agreement are considered permanent and unchangeable principles in the defense of democracy, non-intervention, condemnation of the threat and use of force against the political independence and territorial integrity of States and self-determination of peoples to choose the political, economic and social system that they freely decide.