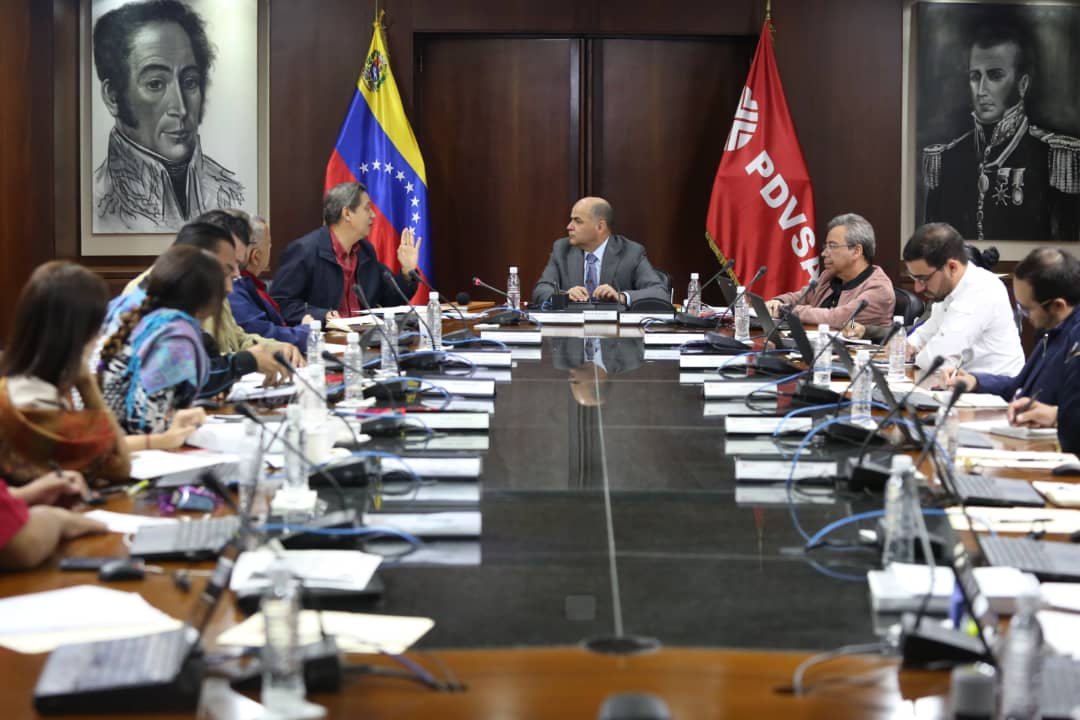 Minister Quevedo: They must pay for oil before leaving Venezuela

“We have already taken the first steps: a ship that leaves a Venezuelan port loaded with our resources must be payed before leaving the port”, announced the People’s Power Minister of Oil, Manuel Quevedo.

After the meeting with the Vice-ministers and the executive committee of Petróleos de Venezuela S.A. (PDVSA), Quevedo stressed that they perform the internal analysis to protect the resources of the nation, as well as the partners and suppliers of the company in the United States so that have the least possible impact on the oil market, due to the declaration of suspension of some contracts for a partial force majeure.

He stressed that the Venezuelan opposition can not be allowed to try to steal the resources resulting from the sale of oil for its conspiratorial purposes.

“We are evaluating all the options. Among them the declaration of force majeure with the North American market. We have the full will to maintain the operation with the companies that have our supply contracts, but at the same time we want to protect our input suppliers, materials, which have contracts with PDVSA and that may be affected”, he said.

He pointed out that under these conditions, PDVSA can not fulfill some commitments with that market and that is why it seeks to impact the oil market as little as possible.

Quevedo indicated that Citgo is operational and as long as it is, PDVSA will not allow its resources to be stolen for conspiratorial purposes against the Republic.

Also, he described the new unilateral and outside of international law measures, taken last Monday by Washington, as a “shameless robbery” of the resources of the people of Venezuela.