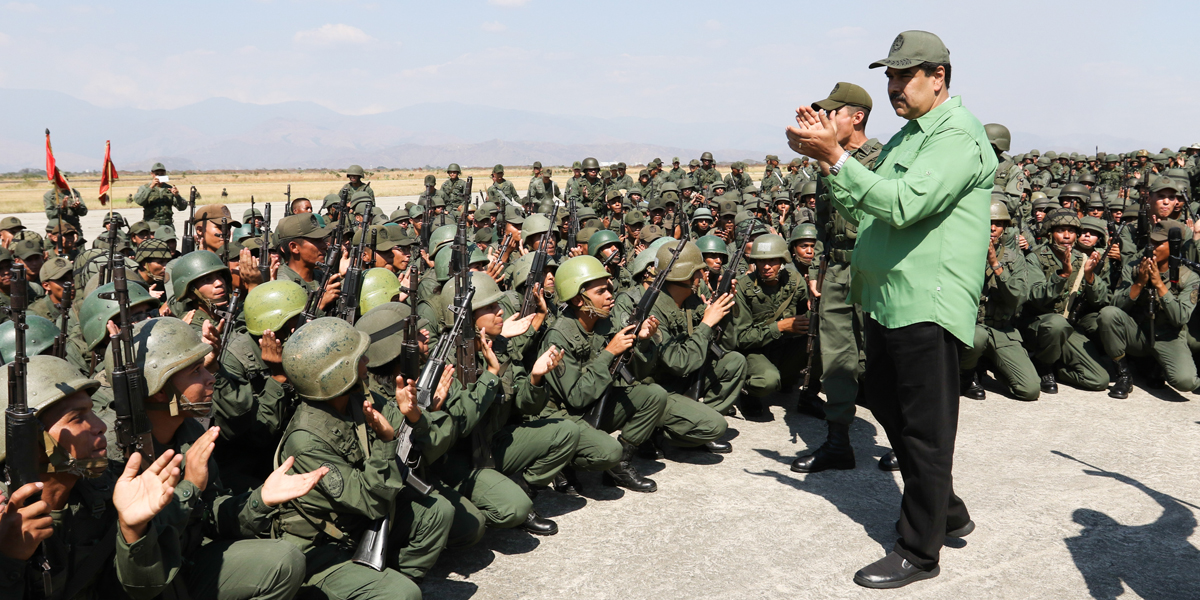 The constitutional president of the Bolivarian Republic of Venezuela, Nicolás Maduro Moros, announced the creation of 50 thousand Popular Units of Integral Defense (UPDI).

“I announce to the country the formation of more than 50,000 popular defense units in all neighborhoods, towns, cities and hamlets of the country”, as a complement to the comprehensive defense work carried out by the Bolivarian National Armed Forces (FANB), he added.

The news was offered by the highest authority in the country to supervise, in the state Aragua, the practices and preparations of what will be military exercises “Soberanía 2019”, which will be celebrated throughout the country from 10 to 15 February

“The Bolivarian National Militia will be at the forefront of the training of men and women who are firmly determined to defend, if possible even with their life, the independence of their nation and sovereignty. Let’s go militia! To organize the forces of the town”, he emphasized.

It is important to note that this initiative to organize the people to defend the nation against any threat is embodied in our constitution, as detailed in Article 326, which says:

“The security of the Nation is based on co-responsibility between the State and civil society, to comply with the principles of independence, democracy, equality, peace, freedom, justice, solidarity, promotion and environmental conservation and affirmation of human rights , as well as in the progressive satisfaction of the individual and collective needs of Venezuelans, on the basis of a sustainable and productive development of full coverage for the national community. The principle of co-responsibility is exercised on the economic, social, political, cultural, geographic, environmental and military spheres”.