The Foreign Minister of the Bolivarian Republic of Venezuela, Jorge Arreaza, ratified that the Venezuelan State will remain firm in its position of defending sovereignty and independence, attached to the Magna Carta and international law, therefore, seek to continue establishing mechanisms of dialogue that allow to resolve the existing political differences. “We are acting in good faith from Venezuela respecting the Constitution, the Charter of the United Nations as well as the diplomatic conventions, we hope that the United States will do so”, said the Foreign Minister. During the press conference at the Antonio José de Sucre Yellow House in Caracas, the Venezuelan diplomat said that despite the coercion of the United States government in the extraordinary session held last Saturday in New York, 18 member countries of the The UN Security Council backed Venezuela, thus imposing sanity, attachment and respect for international law. “The Charter of the United Nations must be sacred to peoples and governments. Most of the countries, despite the pressure and circumstances created to bring Venezuela to the UN Security Council, had the courage to demonstrate in favor of dialogue, respect for the Constitution and recognizing the Venezuelan institutions”, said Arreaza. . He added that there are proposals from the governments of Mexico and Uruguay, as well as multilateral organizations such as the Caribbean Community (Caricom) to facilitate a new process of dialogue between the government and the Venezuelan opposition. In this regard, the FM applauded the position of the president of Mexico, Manuel López Obrador, who adheres to the Constitution of his country, said he will not interfere in the internal affairs of Venezuela, on the contrary, he is betting on an immediate solution to the political conflict that exists in the Caribbean nation also promoted by the intervention of the government of the United States and the European Union, who forge the overthrow of the constitutional president Nicolás Maduro. Likewise, Arreaza assured that the Venezuelan Head of State has always been willing to open dialogue with the sectors that oppose his government. “President Maduro has stated that if necessary, he will meet with President Trump so that the relations between our countries are one of peace and respect”, he said. Finally, the diplomat said that the coup actions perpetrated by the United States are similar to those of 2002, but with international elements, which is why they demand that the United States government “stick to the tangible reality we have shown and that we continue to improve relations by seeking channels of mutual understanding”. 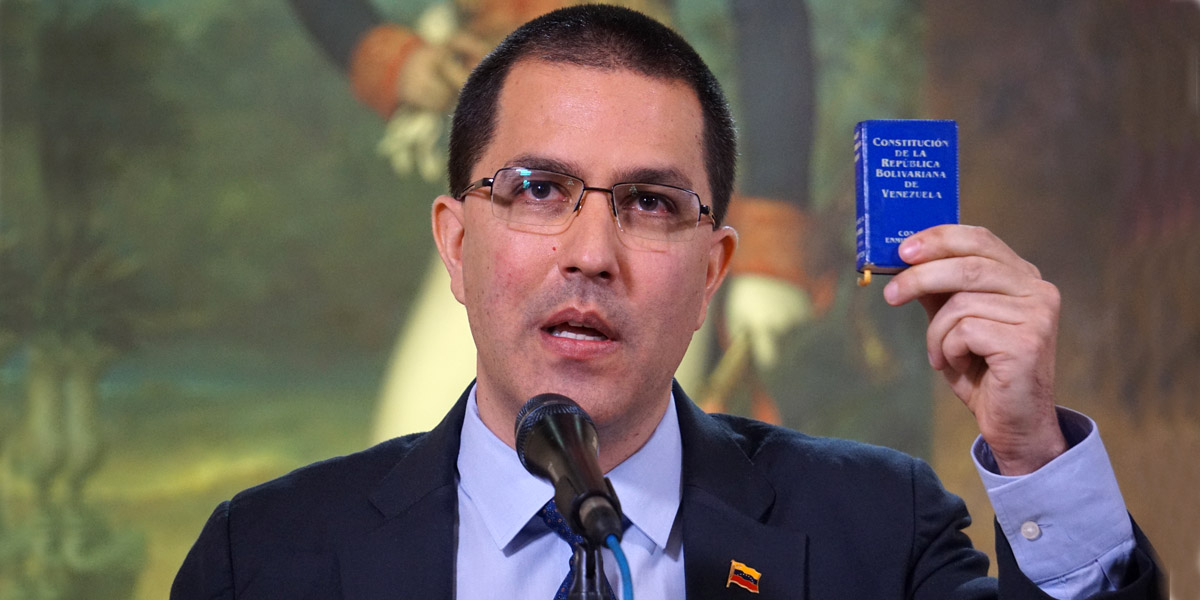