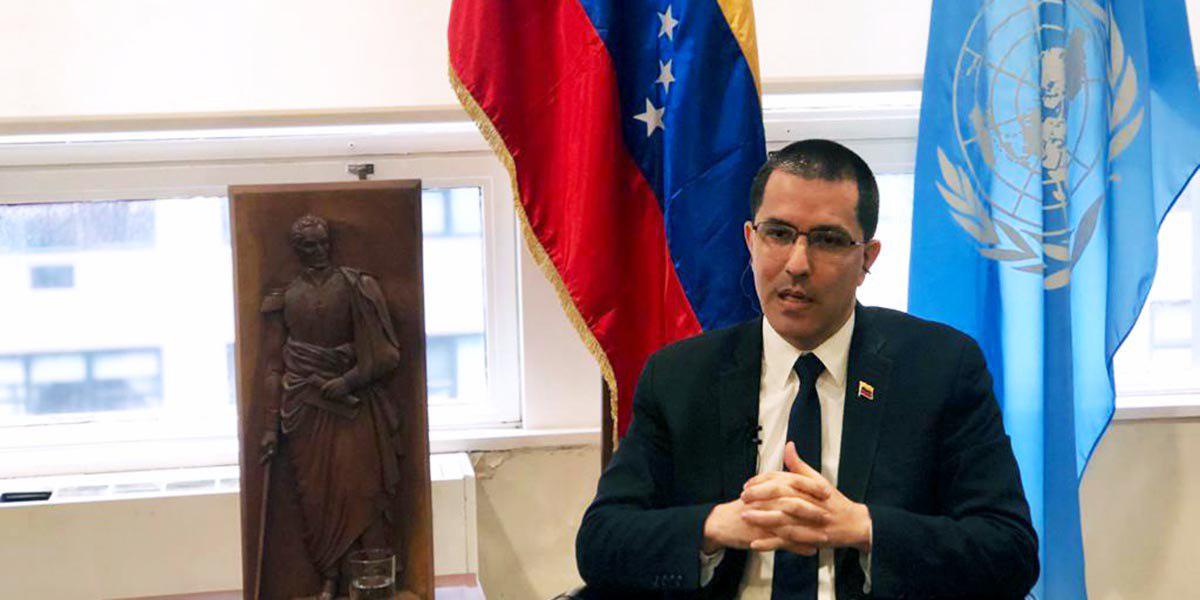 Foreign Minister Arreaza: the only recognition that democracy needs is that of the people

This Sunday, the Foreign Minister of the Bolivarian Republic of Venezuela, Jorge Arreaza granted an exclusive interview for the television station Russia Today (RT), in Spanish. The FM took advantage of this space to talk about various issues related to the rupture of diplomatic relations between Venezuela and the United States government, as well as spoke about the coup process that is currently underway in the Caribbean nation.

For his part, the Foreign Minister referred to the preliminary agreement that Caracas and Washington have reached on the creation of interest offices in both capitals, which are expected to be established in the next 30 days.

“We have reached this pre-agreement that I hope may lead to interest offices in both capitals. It is not by chance that this agreement is reached. There have been constant conversations with US officials in Caracas before the rupture of diplomatic relations”, Arreaza said.

Also, FM Arreaza said that if this pre-agreement does not work within the established timeframe, it will proceed to withdraw the few officials that have remained in both countries. “And the rupture of diplomatic relations would be total, then we will designate a third party or another State to carry our consular procedures in the US”, said the Venezuelan Foreign Minister.

At the same time, Arreaza noted that “90% of the US diplomatic staff and their families have left Venezuela in the established time”.

On the other hand, Foreign Minister Arreaza also indicated that “the National Government is willing to talk, if the Venezuelan opposition wants to sit with us”.

However, the Minister of Foreign Relations also maintains that the imperial centers that support the self-proclamation of Juan Guaidó hoped to create a scenario of violence as in 2002, “but on January 23, both sectors marched in peace and what was sought by The US was prevented, which was to turn the demonstration into violence, on the contrary there was much peace”, he said.

Also, given the interference and arrogance of the European Union (EU) and other governments that intend to give an ultimatum to Venezuela, Arreaza said that “200 years ago Bolivar expelled colonialism from Venezuelan soil and the only recognition that deserves Bolivarian democracy is the one of the Venezuelan people, we do not care about the other governments”.

Finally, Foreign Minister Arreaza sent a message to the sectors of the Venezuelan opposition. “What we have always said since the first day of the Bolivarian Revolution is that we are willing to sit down with our opponents, political adversaries on the basis of the Constitution and reach the necessary political agreements”.