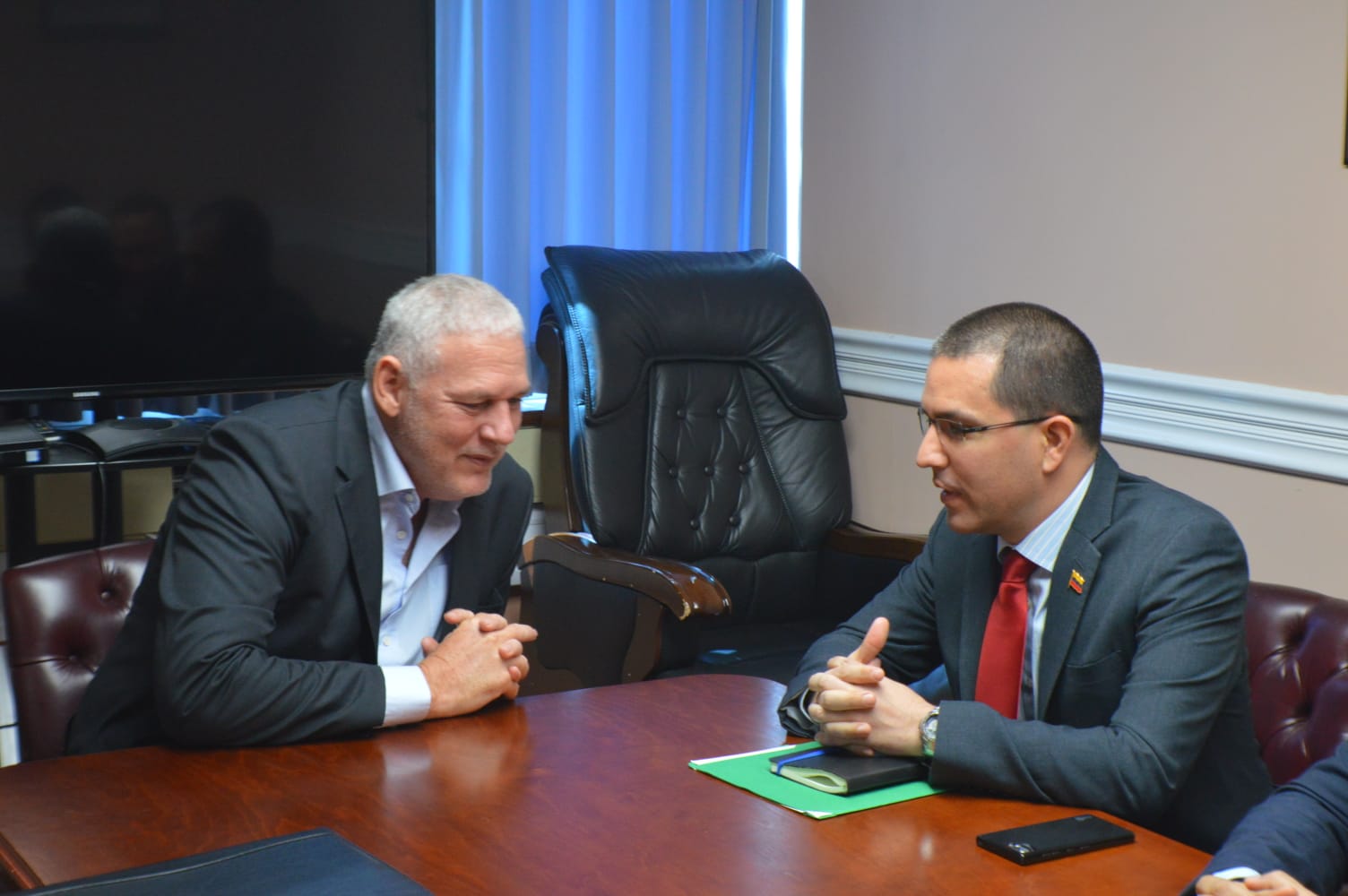 This Tuesday, from Santa Lucia, the Foreign Minister of the Bolivarian Republic of Venezuela, Jorge Arreaza, held a working meeting with the Caribbean country’s prime minister, Allen Chastanet.

In this regard, the Venezuelan Foreign Minister through his Twitter account @jaarreaza, said that the diplomatic meeting was successful for both nations.

“Coming out from an excellent meeting with the Prime Minister of Santa Lucia Allen Chastanet, we reviewed our integral cooperation agenda for 2019. He conveyed his greetings and affection to the people of Venezuela and President Nicolás Maduro”, he said.

FM Arreaza and the Prime Minister of Saint Lucia also held a bilateral meeting on June 27, 2018.

During this meeting the Venezuelan diplomat said that “it was a frank meeting, with a view to the future (…) we saw the regional situation, the world situation. We are very grateful to Saint Lucia, to its people and to Prime Minister Chastanet; We will continue working together”.