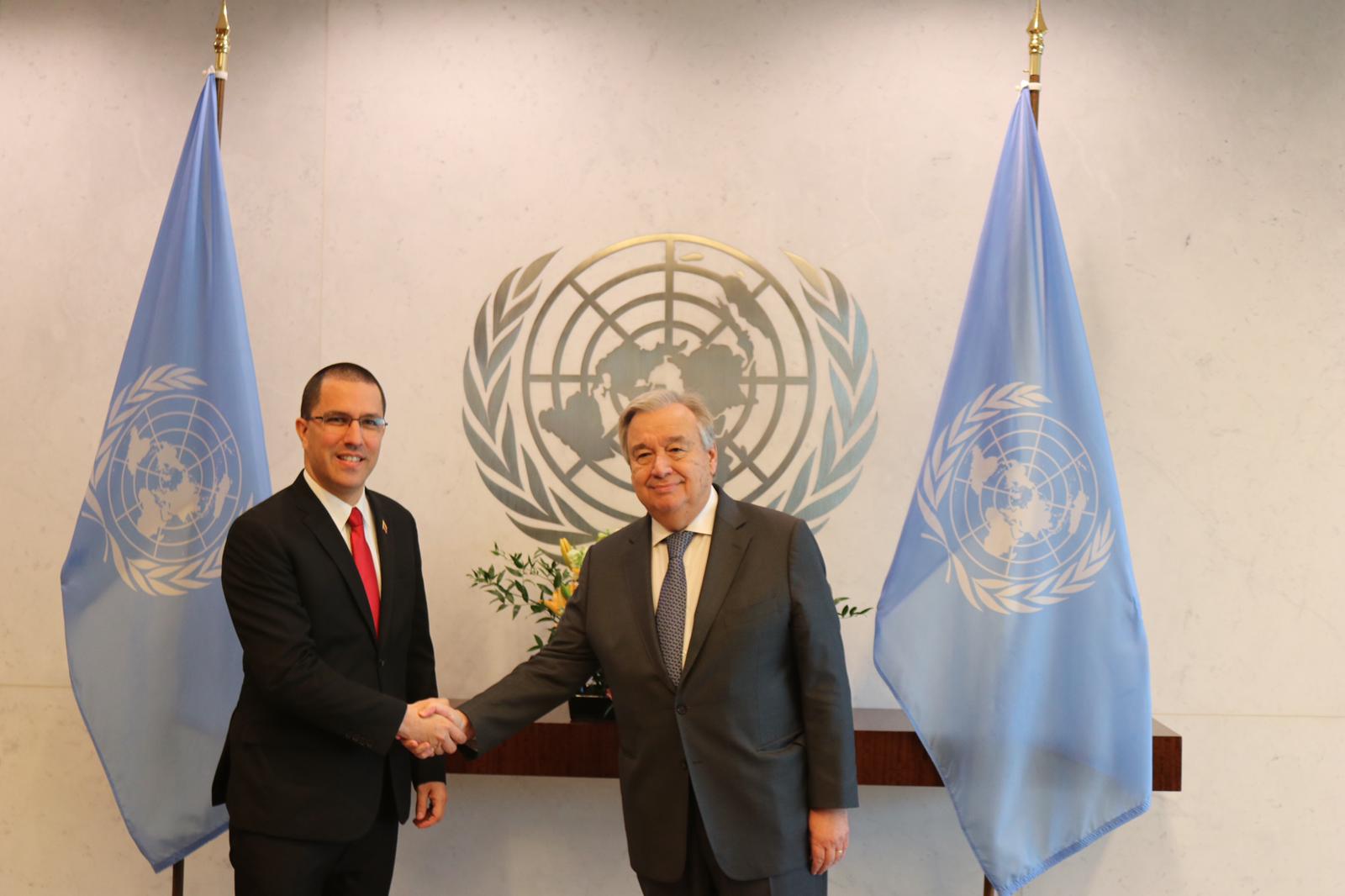 This meeting was aimed to deepen the coordination of the Sustainable Development Agenda 2030 and denounce the continuous interventionist policies implemented by the US government on the sovereignty of Venezuela.

In this regard, the Venezuelan diplomat thanked through his Twitter @jarreaza for the cordiality and respect during the meeting. “We thank the General Secretary of the UN @antonioguterres for the cordial, respectful and warm meeting held minutes ago in his office in NY. We express the irreducible commitment of the President @NicolasMaduro with peace, multilateralism and with the 2030 Agenda”.

It is worth to say that on January 13, President Nicolás Maduro noted that the country has already made progress in some of the 17 objectives included in this agenda, such as the issue of education and the construction of sustainable cities and communities, as well as decent work, and economic growth, corresponding to the eighth development objective of the Economic Recovery, Growth and  Prosperity Plan.