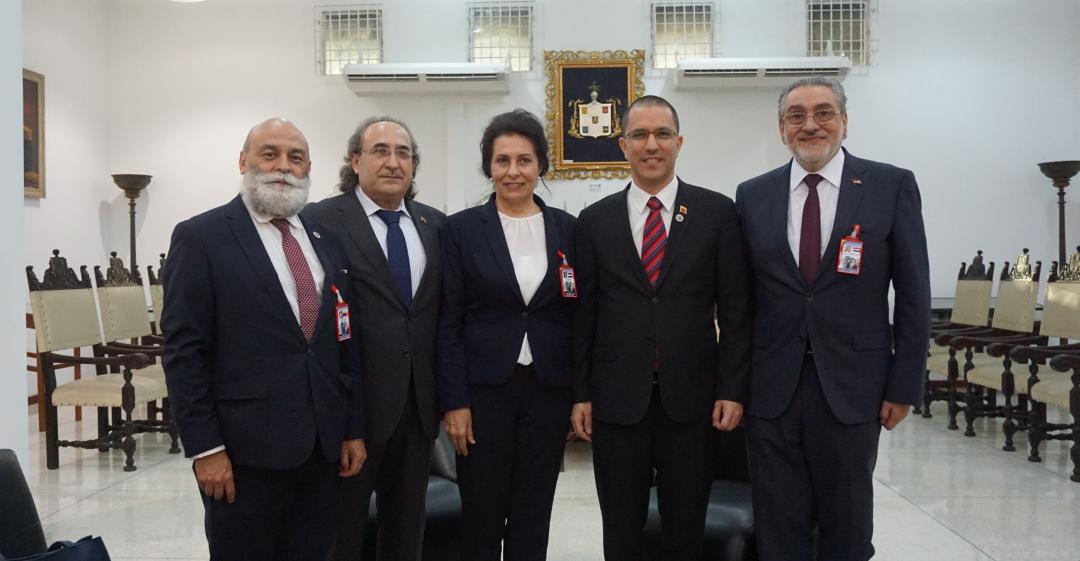 The People’s Power Minister for Foreign Relations, Jorge Arreaza, held a working meeting tonight with the Minister of State for the Organizations and Federations Affairs of the Syrian Arab Republic, Salwa Abdulla.

The bilateral meeting arises after the Reaffirmation, Recognition and Oath Act, by the Bolivarian National Armed Forces

During the meeting both diplomats addressed issues of common interest with the aim of ratifying relations of friendship, solidarity and cooperation between the two countries during this new period.

For her part, the Minister described as extraordinary the support of the Venezuelan people towards its President Nicolás Maduro. She also stated that there were certain impediments during her arrival in the Bolivarian Republic of Venezuela, due to the constant threats and measures imposed by the imperial powers towards her nation.