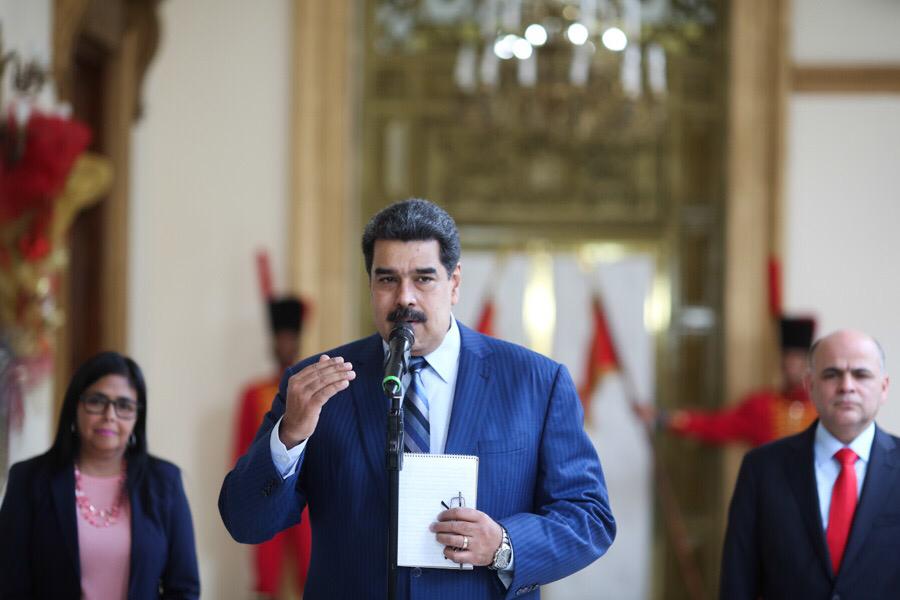 “We have started with strength in the recovery of the Venezuelan oil industry”, said the head of State and Government of the Bolivarian Republic of Venezuela, Nicolás Maduro Moros.

This was stated by the national executive from the Miraflores Palace when addressing the social media after having held a working meeting with the French company Maurel and Prom, to increase national oil production.

“Today I had an important meeting with a very powerful French company, where a good oil investment agreement has been reached to increase the production of an important field in the Zulia state, within the framework of the international investment in the plan 2019-2025”, detailed.

During the meeting, the French businessmen expressed confidence and interest in the negotiation, in addition to exposing the possibility of extending new agreements; this as a part of the legal and institutional guarantees provided by the Bolivarian Government to go to the oil investment and production.

Also, the dignitary noted that other international investments, in terms of oil production, were reviewed “to achieve the goal of one million barrels of extra production to reach -at least- 2 million 500 thousand barrels this year”.

Finally, the President assured that the country has established extraordinary alliances for the mutual benefit of nations.

“Venezuela has several international fronts in terms of top-level investments, with investors such as China, Russia, France, the US, India, Turkey, Arab countries, Spain, Italy, the United Kingdom, the Netherlands, Iran, Malaysia”. He finished.