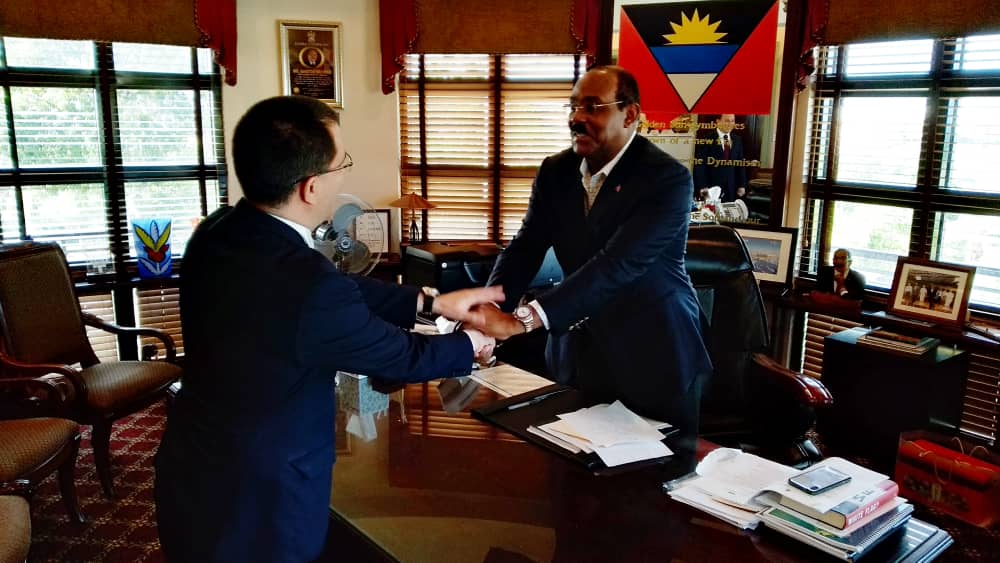 In order to keep strengthening bilateral relations with the Caribbean countries, the Foreign Minister of the Bolivarian Republic of Venezuela, Jorge Arreaza, visited Antigua and Barbuda on Monday, with the aim of strengthening various areas of common interest between both countries.

In this regard, the Venezuelan Foreign Minister held a working meeting with the Prime Minister of Antigua and Barbuda, Gaston Browne, where both representatives ratified their desire to contribute to the well-being of the two sisterly nations and to strengthen cooperation with Petrocaribe and ALBA.

For his part, Browne expressed a message of solidarity for Venezuela and President Nicolás Maduro, rejecting all kinds of interference and sanctions from foreign powers. In turn, the Prime Minister augured success to the Venezuelan President for his upcoming presidential term that begins this January 10.

Previously the Venezuelan diplomat, Jorge Arreaza and the Prime Minister of Antigua and Barbuda held a working meeting on June 26, 2018 in the Caribbean island, where they expressed their willingness to strengthen trade cooperation and the struggle of free peoples.