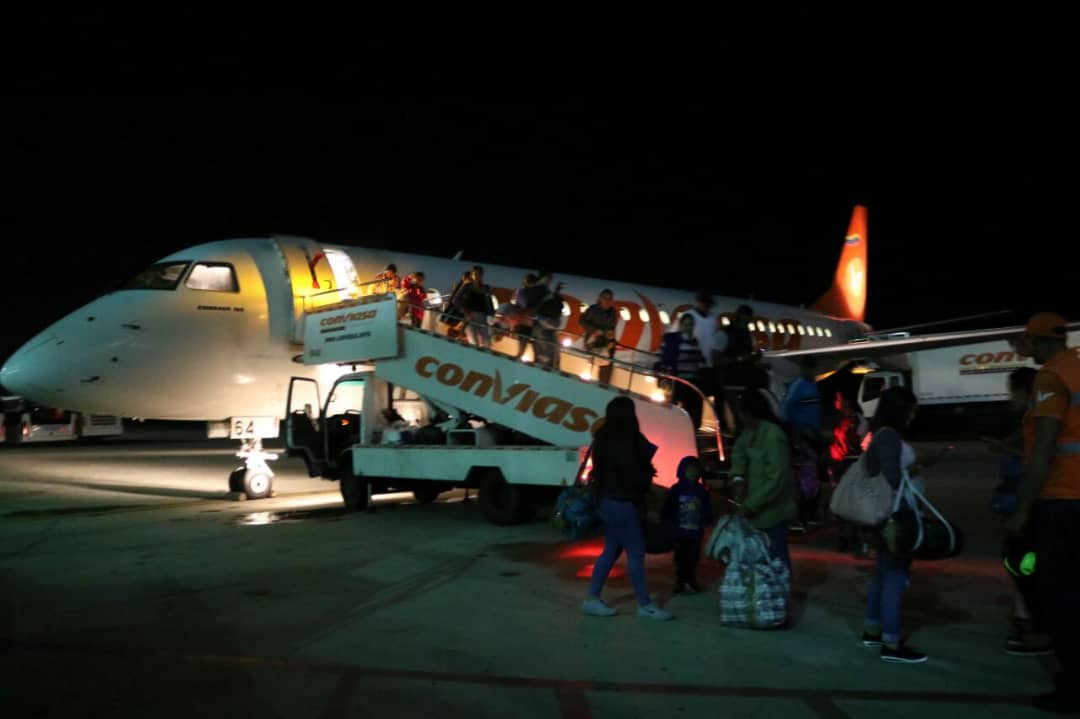 The Republic of Peru is one of the countries with the greatest denunciation made by Venezuelan migrants who have suffered of xenophobia, labor exploitation and racial discrimination. In response to this situation, the Government of the Bolivarian Republic of Venezuela activated – on the eve of the new year – three massive flights within the framework of the Plan Vuelta a la Patria, bringing 300 nationals back home this Saturday from Lima.

In this sense, the compatriot Iralis Sánchez, from Barquisimeto, narrated the hard stay that she had to live with her husband and her two minor children, since June 12 of this year.

“We arrived in Peru for a job proposal but from the first moment I started working I was a victim of abuse and labor exploitation, and really, because of the humiliation I gave up”.

“My husband and I started working near a zoo as informal traders, being known as the arañera family, but xenophobia, discrimination and mistreatment as insults, throwing our merchandise, even to run us from all places for being Venezuelans, and the little money we earned, helped us to reflect that it is in our country where we are going to grow and help grow”.

In turn, the young professional as Technician in Telecommunications and Engineering, Hermes Briceño, highlighted that during his last week in Peru he lived in a hostel where he slept on the floor.

“I am a professional in two careers and when I arrived in Peru I thought I could work in one of these two professions, I did not achieve that goal”.

“I can describe the job search as an odyssey, they reject you for being Venezuelan, and in addition, you have to deal with abuse and labor exploitation”, added Briceño.

Connationals appreciate the effort of the Plan Vuelta a la Patria

“Thanks to President Nicolás Maduro and all those involved in the Plan Vuelta a la Patria, for making these 300 people, after suffering and going through many difficulties, being able to reunite with their families and celebrate December 31 with them in their home that is Venezuela”, thanked Kenderson Cordero.

On the other hand, Carmen Sánchez applauded the work that is being developed. “This is an incredible job and the treatment towards the compatriots is very kind, one feels already at home, I am really grateful and impressed by what they are doing, especially I want to thank the kindness of President Nicolás Maduro”.

The Diplomatic Corps of the Embassy of the Bolivarian Republic of Venezuela in Peru, chaired by the Minister Counselor, Reinaldo Segovia Tovar, the advance group of the Venezuelan Foreign Ministry and the airline Conviasa, were very early preparing and helping the nationals in their immigration process from Lima, Peru.

In addition, Segovia Tovar explained that “today 300 people return to the Homeland of Bolívar, being a massive working day in order to celebrate the eve of the new year. People who were in precarious situations in Peru have returned to Venezuela and have being inserted into the Venezuelan social system thanks to the Plan Vuelta a la Patria”, he said.