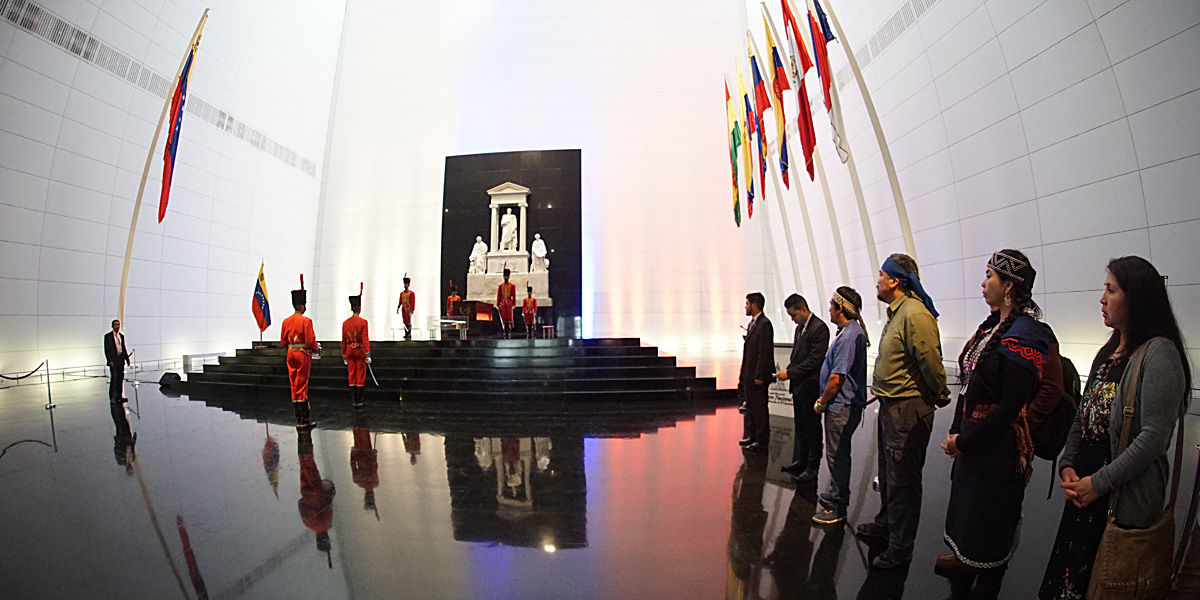 As part of their first visit to the Bolivarian Republic of Venezuela, a delegation representing the Mapuche people of Chile made a visit this Thursday at the National Pantheon, located in the city of Caracas.

Likewise, representatives of the indigenous community visited the 4F Mountain Barracks to pay tribute to the leader of the Bolivarian Revolution, Hugo Chávez.

Juan Pichun Collonao, who is the Lonko or responsible for the political, social, spiritual and cultural leadership and representation of the Temulemo community, expressed his gratitude to the revolutionary government of Venezuela for the commitment they have made to the indigenous peoples of their homeland and throughout Latin America.

“I believe that the Bolivarian Government has taken a big step in that direction (…) to make the people be part of this process of the construction of a socialist government and also to guarantee the rights, of each and every one of the people”, commented Pichun.

He also acknowledged his admiration for the hopeful and struggling legacy of Hugo Chávez, “that great man like Commander Hugo Chávez was, we admire him a lot as a Mapuche people, as well as we admire the Bolivarian Revolution (…) being in this place is very significantfor us”, added the indigenous representative.

Pichun also lamented the role of the media, which manipulate information about Venezuela on a daily basis.

“The press has manipulated (…) we observe what the press says and we know, as a people that we are fighting, what is happening in Venezuela (…) there is another point of view regarding to what happens there. This was demonstrated with this new election that took place this weekend when the people went out to the street to vote” added Pichun. 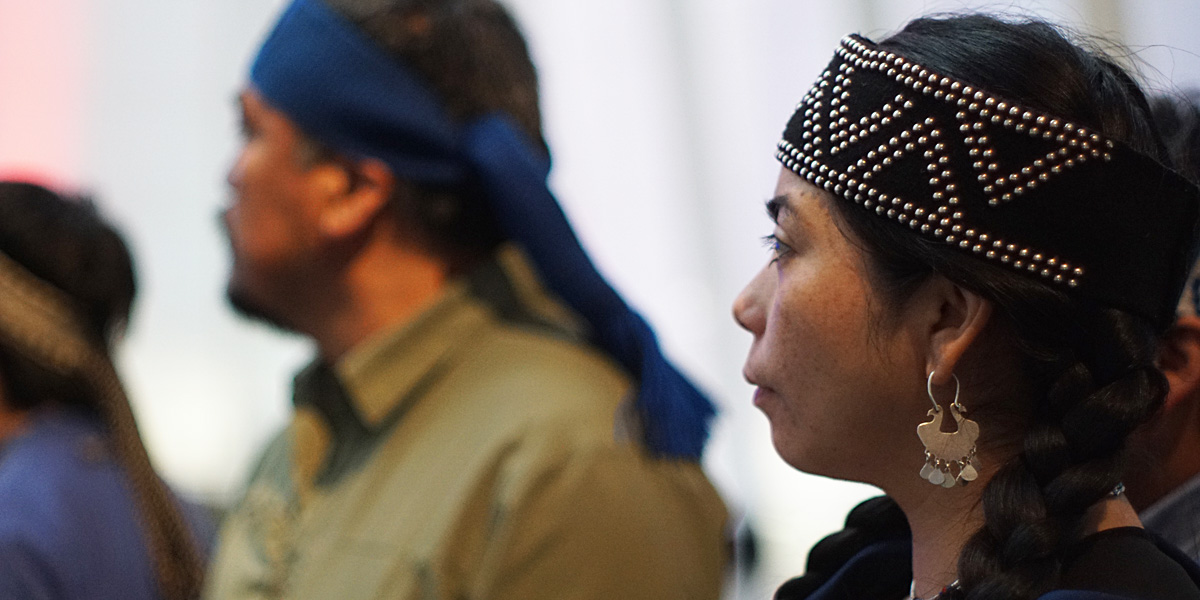