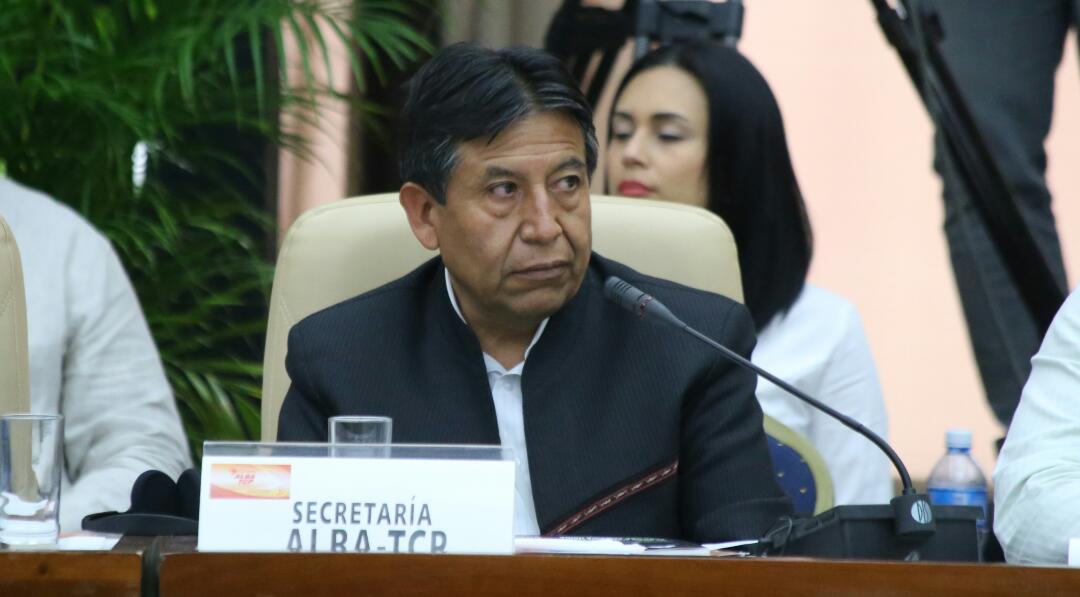 To increase the integrationist ties between the countries that make up the Bolivarian Alliance for the Peoples of Our America-Treaty of Commerce of the Peoples (ALBA-TCP) in defense of sovereignty, which is threatened by the pretensions and interests of capitalism, is the proposal of David Choquehuanca, General Secretary of the aforementioned Latin American and Caribbean organization.

In his speech during the XVI Summit of ALBA-TCP that is taking place in Cuba, Choquehuanca said that it is necessary to create mechanisms to solve the problems of the countries -which make up the region- in their own way, without asking foreign governments the resolution of these, because in his opinion, it promotes the interference in the internal affairs of each State.

“For us, to one day govern ourselves means to give back to the people that ability to solve problems by their own and not asking a few to solve them. The challenge we have is great, we must consolidate the principles left to us by our commanders Fidel Castro and Hugo Chávez, which are embodied in the statutes of the ALBA-TCP”, he said.

Also, the General Secretary of ALBA, said that it is important to strengthen multilateral work for the benefit of the people, in order to face “dirty war and lies” but in an organized manner.

“We must awaken that feeling of brotherhood that has resisted colonization”, he said.